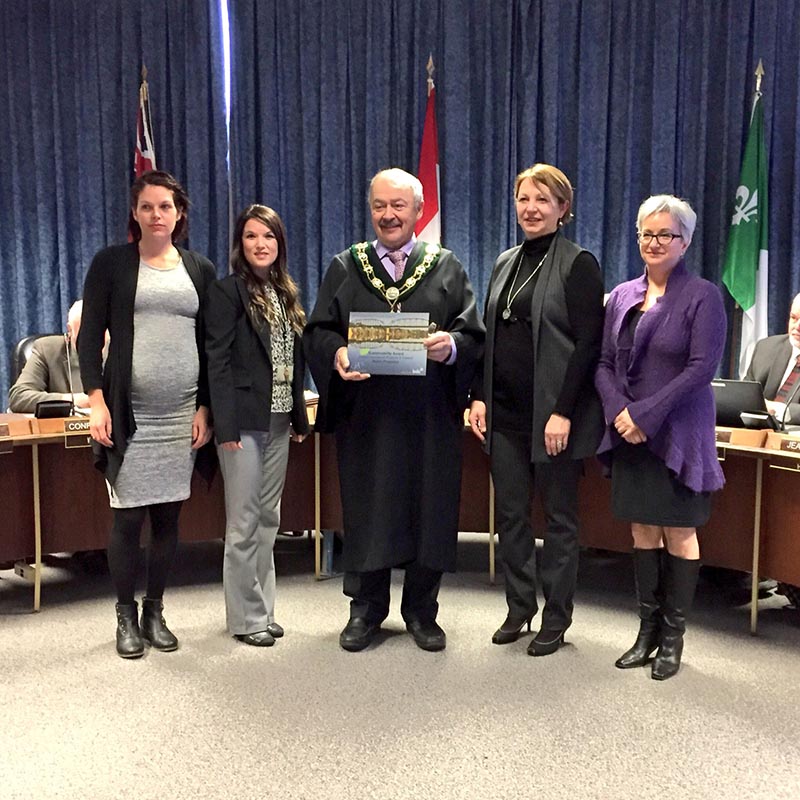 The Economic Development and Tourism Department of the United Counties of Prescott and Russell (UCPR) has been honored for its  “Metro Proposal”  with the first Marketing Canada Sustainability Award.

The Economic Developers Association of Canada (EDAC), in partnership with the Business Development Bank of Canada (BDC), recognized communities across Canada that were successful in their marketing efforts, with a focus on recent sustainable marketing initiatives. The Sustainability Award therefore recognizes “green” efforts and best practices being implemented across the country.