Harden Group starts “most exciting” project yet in Vaudreuil-Dorion 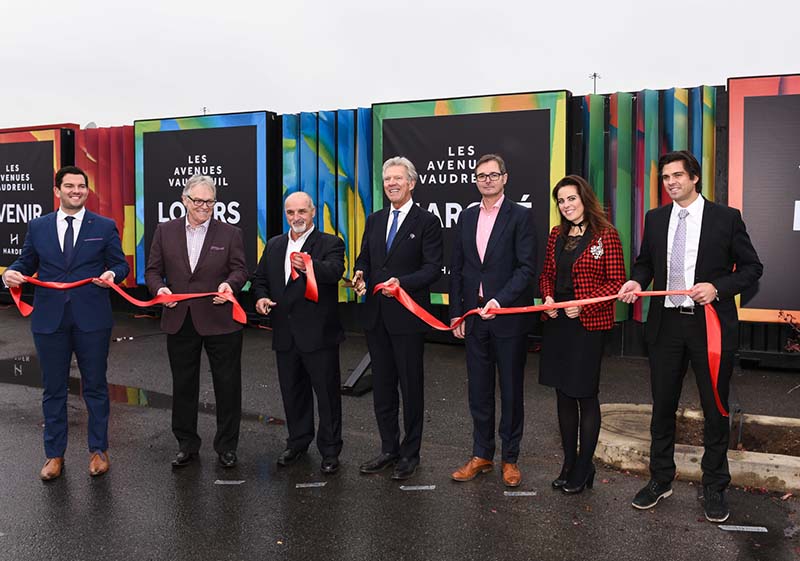 The Harden Group, headed by Hawkesbury native Bill Harden, is developing a major shopping centre in Vaudreuil-Dorion. The centre, called Les Avenues Vaudreuil, will be located at the intersections of Highways 40, 30 and 20 in the suburb of Montreal, and will be home to about 225 stores.

In an email to The Review, Harden described Les Avenues Vaudreuil “by far our most exciting project to date.” The shopping mall will be made up of several “avenues,” each with a different focus – food, fashion, and so on. “We are now bringing back the old fashioned values of family values, community spirit, and support of culture by creating an environment where family and friends can socialize in an urban environment, be entertained and enjoy cultural events (not forgetting to shop and dine),” he wrote. The first phase of the project, “Avenue Marche,” for food and grocery products, opened in June of 2016. The second phase, “Avenue Loisirs,” for “active living and dining” is set to open in the spring of 2017. The company says the project represents an investment of $475 million.

In Hawkesbury, Harden group owns Plaza Hawkesbury on Highway 17, where businesses including FitLife Gym, Tim Horton’s and Dollarama are located. The family’s roots in business began in Hawkesbury in 1949, when William Sr. and Julie Harden opened a jewelry store,  Harden Jewellers.