Ranked ballots not worth it in Hawkesbury, council decides 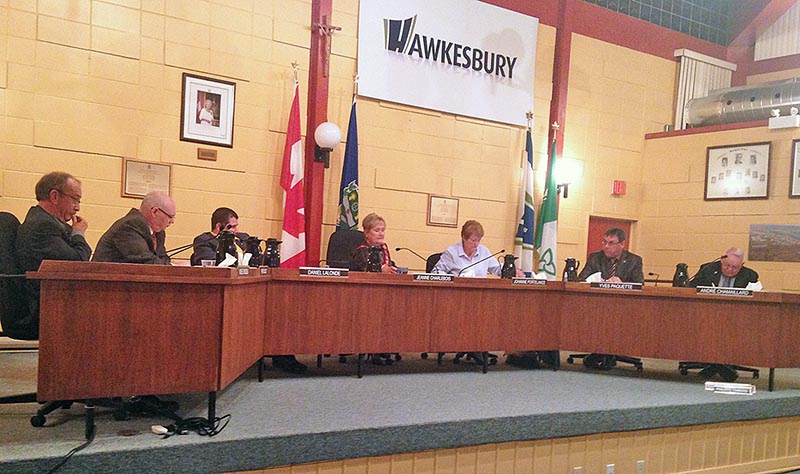 Hawkesbury council during a meeting.

Hawkesbury council will stick with the status quo municipal elections, despite some opportunity for change after adjustments to the Municipal Act by the province.

Recent amendments to the Act allow Ontario municipalities to adopt a ranked ballot system, where voters rank their top choices instead of just voting for one candidate. To win, a candidate needs to get at least 50 per cent of the vote. In a report presented at the regular council meeting of November 14, Clerk Christine Groulx recommended against adopting a ranked ballot system for the 2018 elections: “Considering that ranked ballots have not been used in any municipal elections in Ontario and considering the difficulty of assessing the advantages of using ranked ballots, I recommend council not adopt ranked ballots for the 2018 elections,” her report said.

Councillor Michel Thibodeau agreed, saying a ranked ballot system would “ridiculous” from an administrative point of view. “It would never end,” he said.

The Ministry of Municipal Affairs and Housing, on its website, says adopting a ranked ballot system could have certain benefits, including reducing strategic voting, reducing negative campaigning, and encouraging more candidates to stay in the race, because the risk of “vote-splitting” is lower.

Council could have also decided to change the methods the town offers for voting. In the 2014 elections, voting was possible online or by phone. Groulx recommended against taking away either of those choices, pointing out that 33 per cent of votes were made by phone and 67 per cent were made online. “Despite the fact that telephone voting is long and complicated and that I would like to eliminate this option, I believe we have to continue offering telephone voting as 33 per cent of people used it in 2014,” said the report.

There was also the option to make the election “green” by banning election signs. Groulx’s report said election signs can be a headache for the town, which receives complaints about their placement and about those left up after the election. But council decided again to stick with the status quo, with Councillor Yves Paquette speaking in favour of allowing signs. “It’s very good advertising for candidates,” he said, adding that people still call him “No Sweat Paquette,” which was the slogan on his signs in the 2014 election. 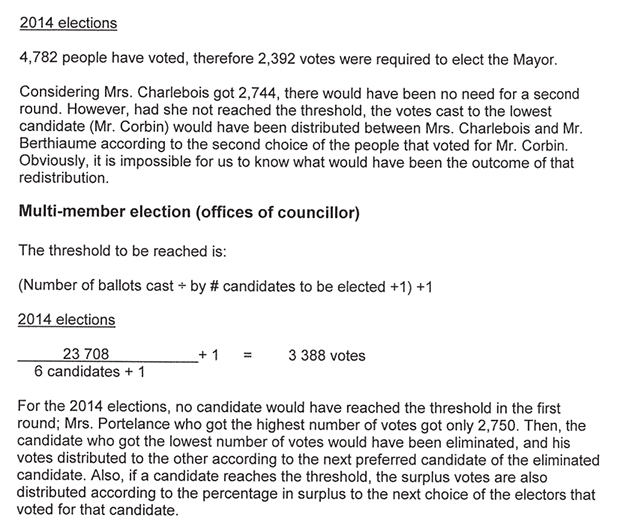 How does a ranked ballot election work? This explanation, included in a report for Hawkesbury council, uses Hawkesbury’s 2014 elections as an example. (Photo: Hawkesbury regular meeting agenda Nov. 14)