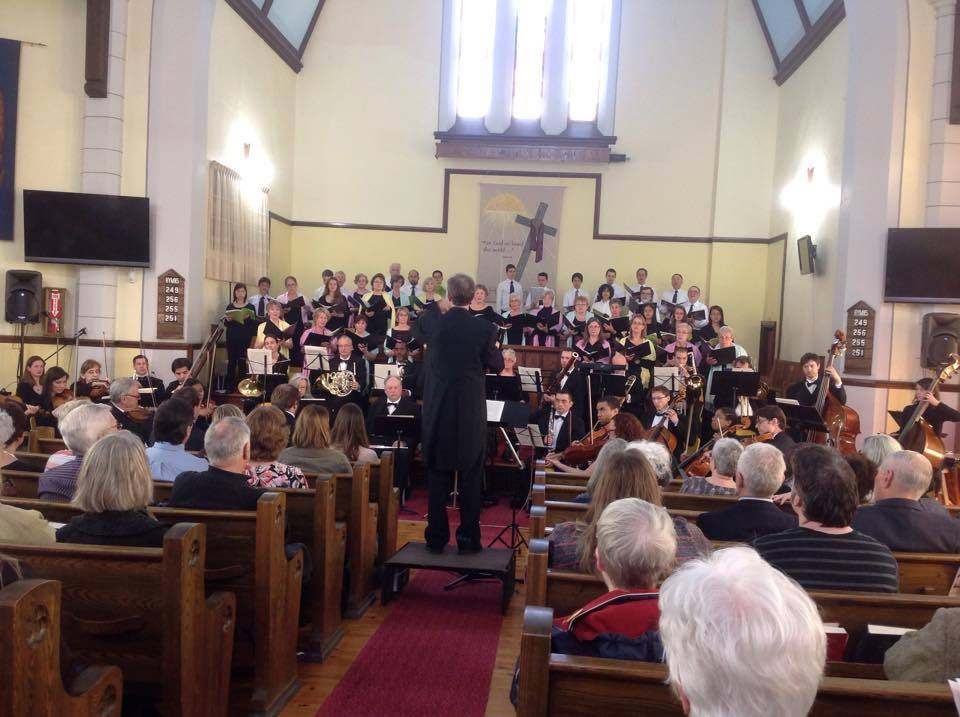 Save the date! Fall is upon us, Halloween displays in stores are giving way to Christmas displays, and the countdown is on!  To help you plan ahead, Amaryllis Choir is delighted to announce the presentation of “An Amaryllis Christmas” on December 18, 2016, at 4 p.m at Knox Presbyterian Church in Vankleek Hill.

This year’s program will feature a selection of Christmas pieces, many of them familiar and favorite carols arranged by famed composer/arranger John Rutter. Since for some Christmas hasn’t arrived until they hear “Hallelujah Chorus,” Amaryllis will also include some highlights from “Messiah.”

John Rutter is a British composer and arranger whose compositions and arrangements, mainly choral, have been influenced by both French and English choral traditions.  He also shows some influence of American songwriting, and has arranged pieces such as the Appalachian North Carolina carol “I Wonder as I Wander.”  He is well known and greatly respected as one of the most gifted composers of his generation.  In 2011 Rutter was commissioned to compose a new anthem, “This is the Day,” that was performed at the wedding of Prince William and Catherine Middleton. Rutter formed and directs his own choir, the Cambridge Singers, in Britain, but also conducts choirs and orchestras around the world.

This Amaryllis Christmas program will feature soloists as well as orchestra, and has been planned to get everyone into the spirit of the Christmas season.  Previous Amaryllis Christmas concerts have sold out prior to the performance, so purchasing tickets in advance is highly recommended.  Information about where and when tickets will be available will be published in The Review, and also on the choir website www.amarylliswomenschoir.com in the next few weeks.  In the meantime, mark down in your calendar:  Amaryllis Christmas, Knox Presbyterian, on Sunday December 18, 2016 at 4 p.m.  For those who prefer, Amaryllis will be performing “Messiah” at Trinity Anglican Church in Cornwall on Saturday, December 17, 2016 at 7 p.m.  Details for ticket purchases will be on the choir website.