Community Improvement Plan in the works for Hawkesbury 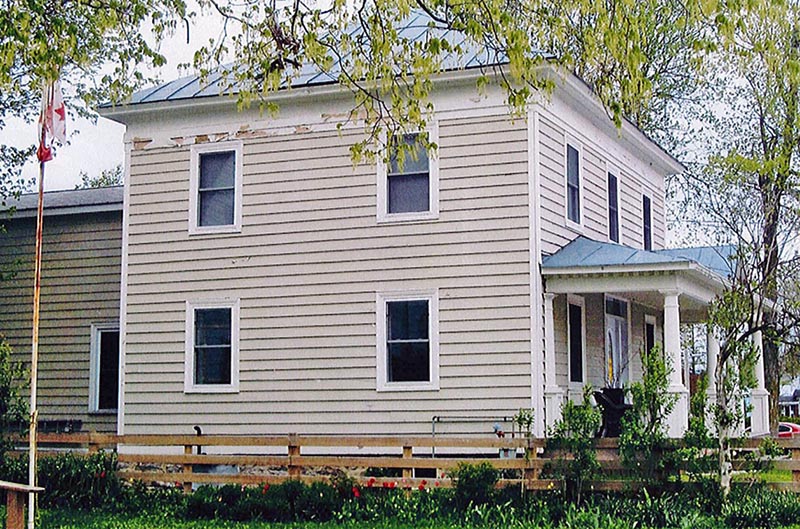 The owners of this building on Main Street, Alexandria, applied for about $700 of funding from North Glengarry for a new paint job. A Community Improvement Plan, like North Glengarry has and Hawkesbury is considering, allows local governments to give out such grants. (Photo: North Glengarry council document).

The Town of Hawkesbury is considering another way of revitalizing its streets and buildings. On Monday, council made a first step in developing a Community Improvement Plan (CIP)

With a CIP, a municipality can help businesses or property owners renovate buildings in a specific area with grants or loans. Usually, municipalities can’t support a business financially, but a CIP creates an exception. The goal of a CIP is “revitalization, improvement and beautification” of a specific area. At its regular meeting on September 26, Hawkesbury council voted in favour of beginning the process of hiring urban planners who would develop a CIP.

The process will require policies in Hawkesbury’s official plan and a background study, as well as the development of the CIP itself. The estimated cost of this first step is $35,000. The municipality first publicly discussed the idea in April, when a representative of the Ministry of Municipal Affairs and Housing made a presentation for council about how CIPs work.

The renter of this historic building on Main Street in Alexandria, with permission from the property owner, applied for funding under North Glengarry’s CIP for renovations including replacing a rotted window frame and installing antique doors. (Photo: North Glengarry council document)

North Glengarry’s CIP came into effect at the beginning of 2016. The plan aims to revitalize Main Street in Alexandria and Maxville. While developing the plan, North Glengarry held public consultations, which were used to help identify problem areas as well as create a picture of what the Main Streets should look like. Participants identified “serious signs of neglect,” empty storefronts, and litter as some problems with downtown Maxville and Alexandria.

The plan favors restoration of the historic buildings in Alexandria and Maxville, offering financial incentives. Private property owners can apply for funding which will cover a certain amount, usually 50 per cent, of building improvements including facades, signage, awnings, public art and landscaping. There are also grants available to cover the cost of building permits as well as interest-free loans. In North Glengarry, applications for funding can be approved every month – a special committee meets monthly and its recommendations are voted on by council about a week later. As of mid-July, six projects had been approved in the five months since the process began. The municipality budgeted $50,000 for the CIP in 2016, and a report in July said approved projects represent about $155,000 in improvements.