Fewer Catholics are going to church, and church officials want to know why 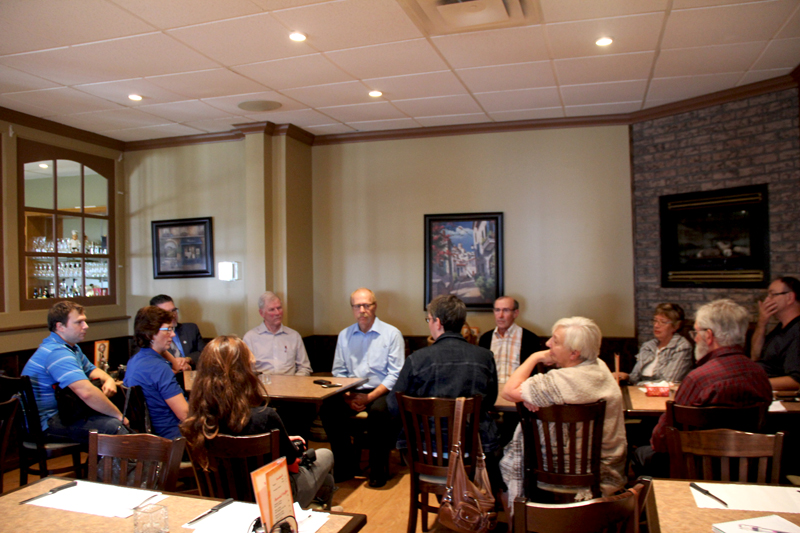 Catholic Church representatives met in Vankleek Hill on October 7 to discuss the future of the church and ways to increase attendance. (Photo: Tara Kirkpatrick)

Attendance is dropping at Catholic churches in Eastern Ontario and church officials are responding by launching a public consultation process that aims to identify why people are leaving.

Father Gilles Marcil has worked as a Catholic priest for the past 50 years. He currently serves the six parishes that make up the “Soleil Levant” parish of Eastern Ontario. This includes parishes in Vankleek Hill, St. Eugène, St. Bernardin, L’Orignal, Chûte-à-Blondeau and Ste-Anne-de-Prescott.

On October 7, Marcil met with around a dozen church representatives, as well as members of the Catholic school board and the media to discuss the launch of the public consultation process and the decline in church attendance.

“We are really worried about the future of our community. Our people are getting old and younger people aren’t taking responsibility in promoting the message of Christ. Our message is aimed towards baptized Catholics. We want to know why they left the church. We think that many people aren’t coming back because they don’t understand the role of the church and our message. We think if they better understood why they were baptized, that some people might be interested in coming back,” said Marcil.

As a Christian, Marcil says it is his duty to teach the messages of Christ and to spread with it messages of happiness and comfort.

Declining church attendance is being felt across Canada. The Pew Research Centre reports that two-thirds of Canadians identify as either Catholic or Protestant, but the numbers have been steadily declining. The percentage of Canadians who identified as Catholic dropped from 47 per cent to 39 per cent over the last 40 years. A more radical drop was seen in the Protestant Church, where the number of people who identified as Protestant dropped from 40 per cent to 27 per cent.

The number of Canadians who belong to other religions, including Islam, Hinduism, Sikhism, Buddhism, Judaism and Eastern Orthodox Christianity is growing. About 11 per cent of Canadians now identify with one of these religious groups, up from less than four per cent in 1981.