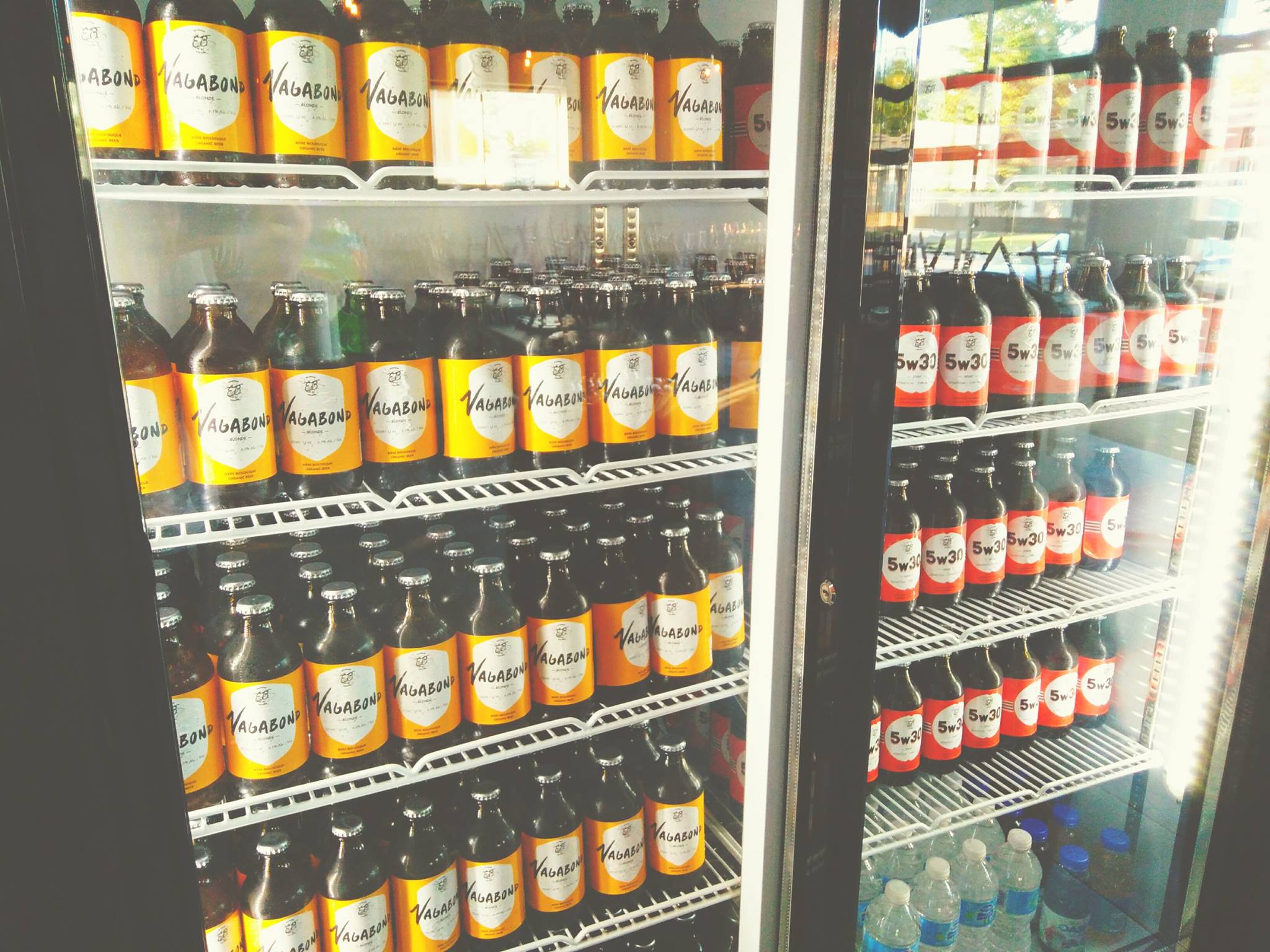 The fridge at Etienne Brule Brewery in Embrun (Facebook Photo)

Three craft beer breweries can now be found within a 20-minute drive or so in the western end of the United Counties of Prescott and Russell.

The newest, Embrun’s Étienne Brûlé Brewery, is Ontario’s second 100 per cent organic brewery. (Beau’s All Natural in Vankleek Hill is the other one).

Co-owner Mathieu Jerome said all the beer makers in the area support each other – he recently borrowed equipment from Cassel Brewery, in Casselman, and a few days later, exchanged advice with the owner of Tuque de Broue Brewery, also in Embrun. “We work very closely together to fulfill the need for craft beer in the region,” he said.

Étienne Brûlé Brewery got its name from a French explorer and guide for Samuel Champlain who is considered by historians as one of the first Europeans explorers of Ontario, and by Jerome as “kind of a bad ass.” The brewery, which is owned by Jerome along with partners Pierre-André Roy and Richard Ménard, opened its doors in June.

Jerome says he started brewing beer in college, when he was studying biotechnology. “I really loved what I was studying, but it was more focused on the research, and a side of me was always more business,” said Jerome, who remembers wanting to be a salesperson because you can earn commission. “I’ve always had a side of entrepreneurship,” he said. He became more serious about his beer. “I wanted to push it a step forward and do it from my own grains and hops and cultures of yeast…it was only for a hobby,  but at a point I said, hey, I really love it,” he remembers.

The brewery opened in June after Jerome and his partner scouted possible locations in Hawkesbury, L’Orignal, and other areas before settling on a vacant fire station in Embrun. The big space gives the business room to expand, which Jerome said was an important factor.

advertised as an organic brewery.” The beers, including 5w30 stout, Vagabond Blonde and Citrale Pale Ale, are sold in nostalgic stubby bottles with brightly-coloured labels. The brewery celebrated its grand opening in September, with a party featuring live music and food.

Other nearby breweries evolving

Located about a kilometer away from Étienne Brûlé Brewery, Brasserie Tuque de Broue opened in 2015 and is owned Nicolas Malboeuf, a former wine salesman originally from Limoges. The brewery’s flagship beer, Tuque Dorée, a pale ale, is available now in the LCBO, and recently the brewery released a pumpkin-spice beer for the fall and purchased a new fermenter. Over in Casselman, Mario Bourgeois’s Cassel Brewery, with its railroad-related beer names, celebrated its four-year anniversary in July. They brew four beer varieties and one, “Golden Rail,” is available at the LCBO.