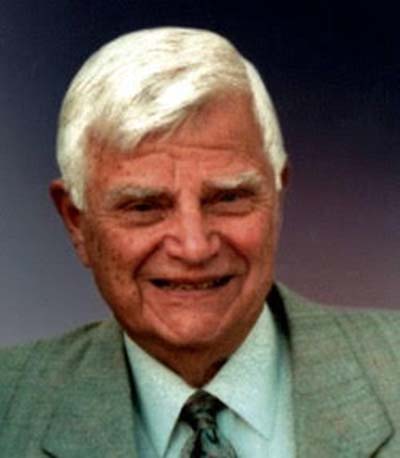 It is with a heavy heart that the Quinn family announces the peaceful passing of our beloved father and patriarch, Emmett on September 7, 2018 in his 94th year. Predeceased by his beloved wife, Beverly Hughes Quinn in July 2011. Loving Father of Morgan (Lana) of North Hatley, Shaun (Judy) of Calgary, Bridget (the late Bob Macdonald) of Vankleek Hill, Timothy of Calgary and Huntley (Kathryn) of Calgary. Proud grandfather to Connor, Brittany, Francis, Liam, Padraic and step-grandchildren, Trevor and Taurie and his great- grandchildren, Bella and Cooper. Sadly missed by nieces, Sharon, Martha and Maureen and their families as well as his cherished friends. He was predeceased by his father, William Morgan Quinn and mother, Rose Ann Hughes of Philipsburg, Quebec, his brother, FLT. SGT. Francis P. Quinn in 1944 and his sister, Bernice Conway of Connecticut in 1989. He was employed with Northern Electric (Nortel) for 39 years as Field Manger, District Manager in the Caribbean and Philippines. International Operations in Uganda and Kenya, District Manager for Montreal, Sherbrooke, Quebec City, Ottawa and the Maritime provinces and Control Center Manager. Before his retirement from Northern Telecom in May 1981 he was consulting in N.C and Nebraska. He also continued in the consulting capacity in Texas, Washington, D.C, Detroit, Philadelphia and St. Louis. From 1984 to his second retirement in 1991 from Prestige Telecommunications Ltd, he was responsible for Job Estimating, Engineering, Personnel and Sales and Marketing. Emmett will be remembered as a gentleman, devoted husband and an incredibly patient father with his 4 adventurous sons. Sincere thanks to the Maxville Manor and all their staff for making Dad’s last years secure and comfortable. A Celebration Mass for our Father’s life will be held at St. Elizabeth of Hungary Catholic Church in North Hatley, Quebec in the summer of 2019. Interment will be held at Philipsburg Catholic Cemetery in St. Armund, Quebec. For those who wish, donations to the Maxville Manor Foundation, 80 Mechanic Street West, Maxville Ontario, K0C 1T0 would be appreciated. To express your condolences, make a donation, send flowers or plant at “Tree of Remembrance” for Emmett please visit www. hillcrestfuneralhome.ca. Funeral arrangements entrusted to Hillcrest Funeral Home Ltd. 151 Bond Street, Vankleek Hill, Ontario K0B 1R0 (866) 678-2001.