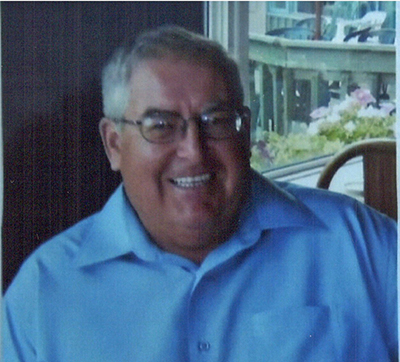 PROULX, EMMETT
It is with a heavy heart that we announce the passing away of Emmett Proulx, age 74 at the Hawkesbury General Hospital from CHF. He was the son of the late Zotique Proulx and Estelle Deslauriers, born on September 15, 1946 in Harrington, QC.
He was the beloved husband of Laurette “Laurie” Proulx (née Constantineau) who shared 50 years of marriage. Together they raised four wonderful children of whom they are very proud: Dominique (William), Marc, Roxanne (Mike) and Stéphane. Survived by his siblings: Alvin (late Hazel), Lambert (late Eleanor), Beatrice (late Vernon), Evelyn (late Maurice), Patricia (Lawrence), Patrick (late Lorraine), Fay, predeceased by late Edward (late Norma) and late William (late Diane). Sadly missed by his in-law Constantineau family, nieces, nephews, cousins and friends. The family wishes to express their gratitude towards all the staff of the Hawkesbury General Hospital for their compassion. A special thank you to two special Angel nurses, Nancy Weber (ICU) and Lise McDonnell (co-ordinator).
Funeral arrangements entrusted to Desforges Funeral Home, 188 rue Principale, Grenville, QC (819) 242-2113. Condolences may be sent online by visiting www.desforges.ca. A private burial will be held at a later date.