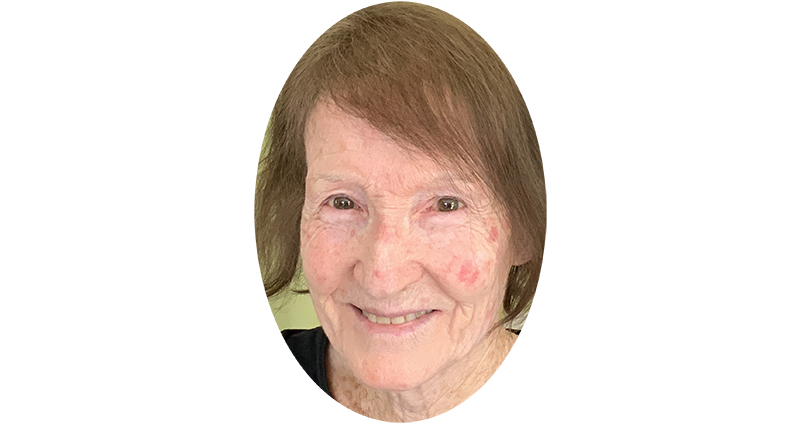 Please note that the date of Helen (nee Kennedy) Nebelung’s funeral has been changed to April 25, 2020.

NEBELUNG, HELEN (NÉE KENNEDY)
1937 – 2020
Helen Nebelung (née Kennedy) of Hudson, QC, passed away peacefully on February 29, 2020 at the Hôpital du Suroît in Valleyfield, QC after a brief battle with dementia. She was eighty-two years old. Helen was born on April 13, 1937, in Grenville, QC to the late Holland and Mary Kennedy of Rawcliffe, QC. She was predeceased by her loving husband, Dietrich Nebelung, just two months ago, her brothers Lyman and Vernon Kennedy, and sister Glenna Wilson. She was always incredibly active, loving the outdoors, gardening, downhill skiing and playing with her grandchildren. She was a determined, selfless, and kind soul, that radiated positivity in all situations. She was also a natural caregiver to so many throughout her life, especially to Dietrich during his two decade battle with Parkinson’s. She started her career as a computer programmer at Johnson & Johnson in Montreal in 1960, during which time she began downhill skiing at Jay Peak, Vermont. It is there that she met Dietrich Nebelung of Munich, Germany, who later became her husband on April 17, 1965 in Brownsburg, QC. Following their son, Mark’s, birth in 1973, she dedicated herself to raising him. During this time, she also followed in Dietrich’s footsteps and became a ski instructor, teaching at both Jay Peak and Mont Rigaud, QC, sharing her passion for downhill skiing with countless others well into her 70’s and was recognized as one of the Top 100 instructors in the United States by Skiing Magazine on 4 occasions. She is survived by her sister Olive Struve, her bother James Kennedy, her son Mark Nebelung, daughter-in-law Chantal Bray, and two grandsons Eric and Patrick Nebelung. Family and friends are invited to the funeral service on April 25, 2020. at 13:30 at the Wyman Memorial United Church at 513 Rue Main in Hudson QC. The family requests that, in lieu of flowers or other commemorations, a donation instead be made to the Brain Canada Foundation (https://braincanada.ca/) to support research into all forms of brain disease.