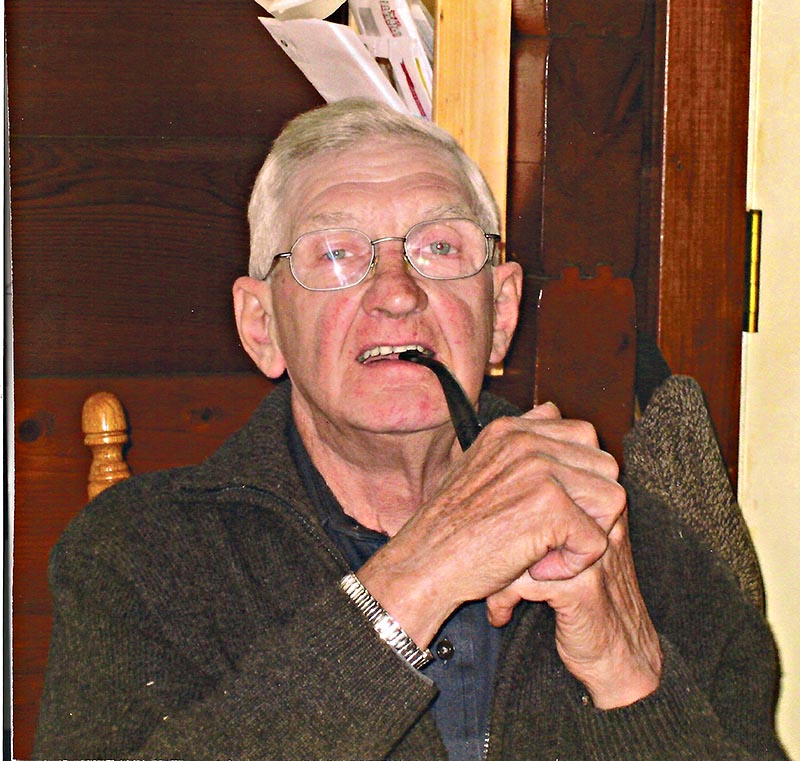 After a very difficult eleven-month battle, Angus left us on February 23, 2017 in his eighty-first year. Angus was the son of the late John McRae and Grace Copeland. He leaves to mourn his companion of forty-six years Opal Laraway and his two step-children, Freda and Allan (Irene Williams) Colquhoun as well as Irene’s children Nicola, Chris and Carly. Also left to mourn his passing are his three siblings, Winston (Waverley), Heather (Robert Elkington) and Margaret (Richard Madden). Predeceased by his brothers, Wyman (Edyth), Lawrence (late Norma), Anthony (late Kitty), Harold (late Faye), Brian and his sisters, Mary (late Charlie McLeod), Eleanor (Lambert Proulx), Iva (late Robert Adamson) and a brother and sister in infancy. He leaves numerous nieces and nephews who will miss their Uncle Angus. Angus was a gentle man, hard-working, special friend to many. Resting at the J.P. MacKimmie Funeral Home, 660 rue Principale, Lachute, Qc. Funeral service will be held on Sunday, February 26, 2017 at 2 P.M. in the chapel of the funeral home. Visitation Saturday, Feb. 25th. from 2-4 and 7-9 P.M. In memoriam donations may be made to The Ladies Committee of the Lachute Residence, 377 rue Principale, Lachute, Qc. J8H 1Y1. Burial will take place in the spring at the Lost River Cemetery.