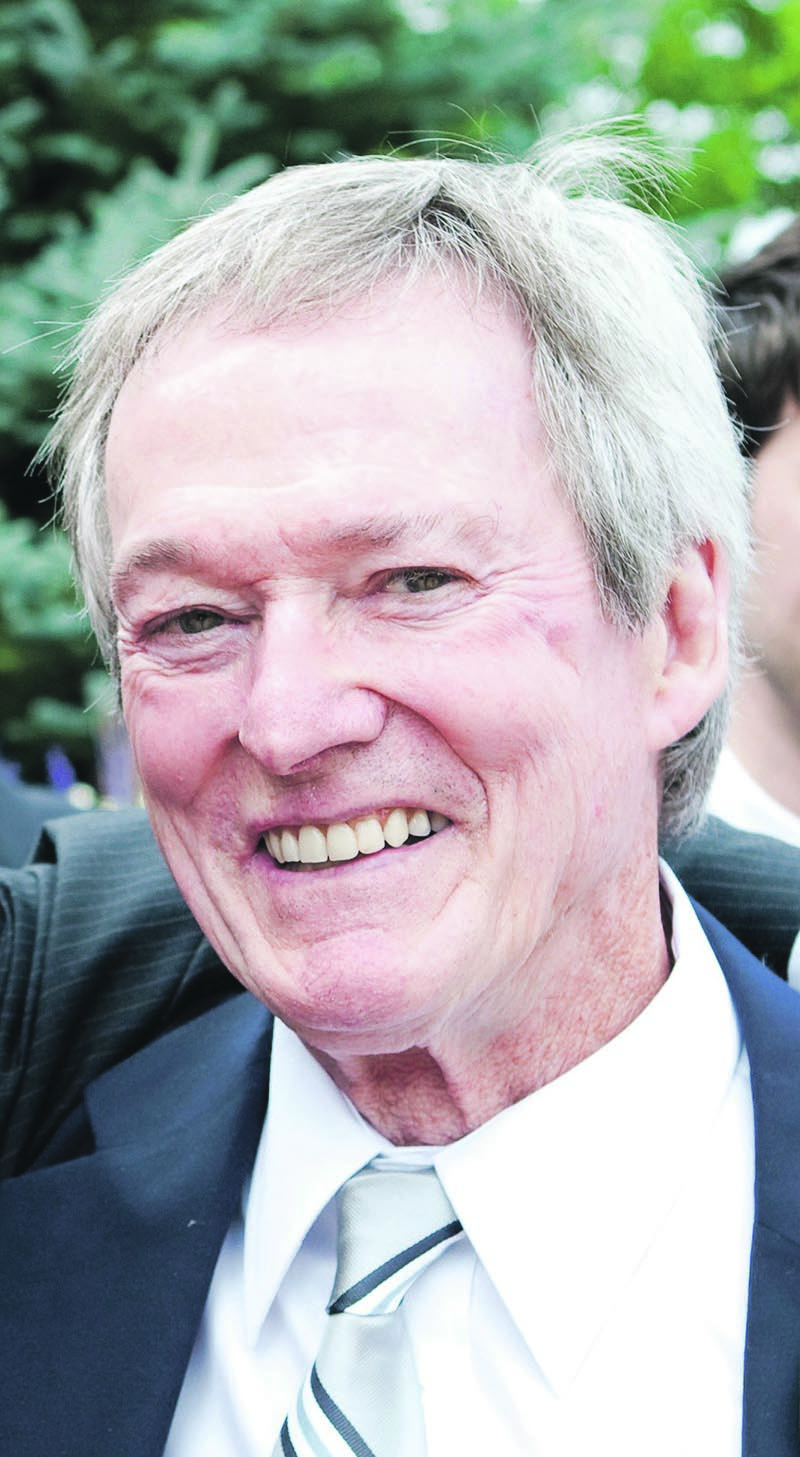 GERALD E. LANGLOIS Q.C.
January 13, 1939 – February 7, 2017
Gerald “Gerry” E. Langlois, 78, died suddenly following heart complications on February 7th at his home in North Hatley, in the company of his beloved wife of 35 years, Marielle Desjardins. Gerry is survived by his daughter, Veronique (Oliver) Langlois Kinsey, son, Jordan Langlois (Rhiannon Mabberley), brother, Henry (Madeleine) Langlois, sister, Joan (Alf) Dinwoodie, his grandchildren, Audrey and Fletcher Kinsey and his devoted canine companion, Jackson. Born in Montreal, Gerry’s ambition, resilience and athleticism took him to the University of Denver on a football scholarship followed by Queen’s Law (1968). He led a successful practice in Hawkesbury, ON for over 45 years. He loved skiing and being by the lake in Tremblant and most recently enjoying retirement in his new home in North Hatley. A celebration of life service and reception will be held from 3-6pm on February 15th at Belvedere Funeral Complex, 22025 Trans Canada Hwy, Senneville, QC. Friends and family may call from 1-3pm. In lieu of flowers, donations may be made to the University of Ottawa Heart Institute Foundation: 40 Ruskin Street, Room H-2408, Ottawa, Ontario K1Y 4W7. To make a gift by phone call 613-761-4790 or online: www.foundation.ottawaheart.ca/ways-give