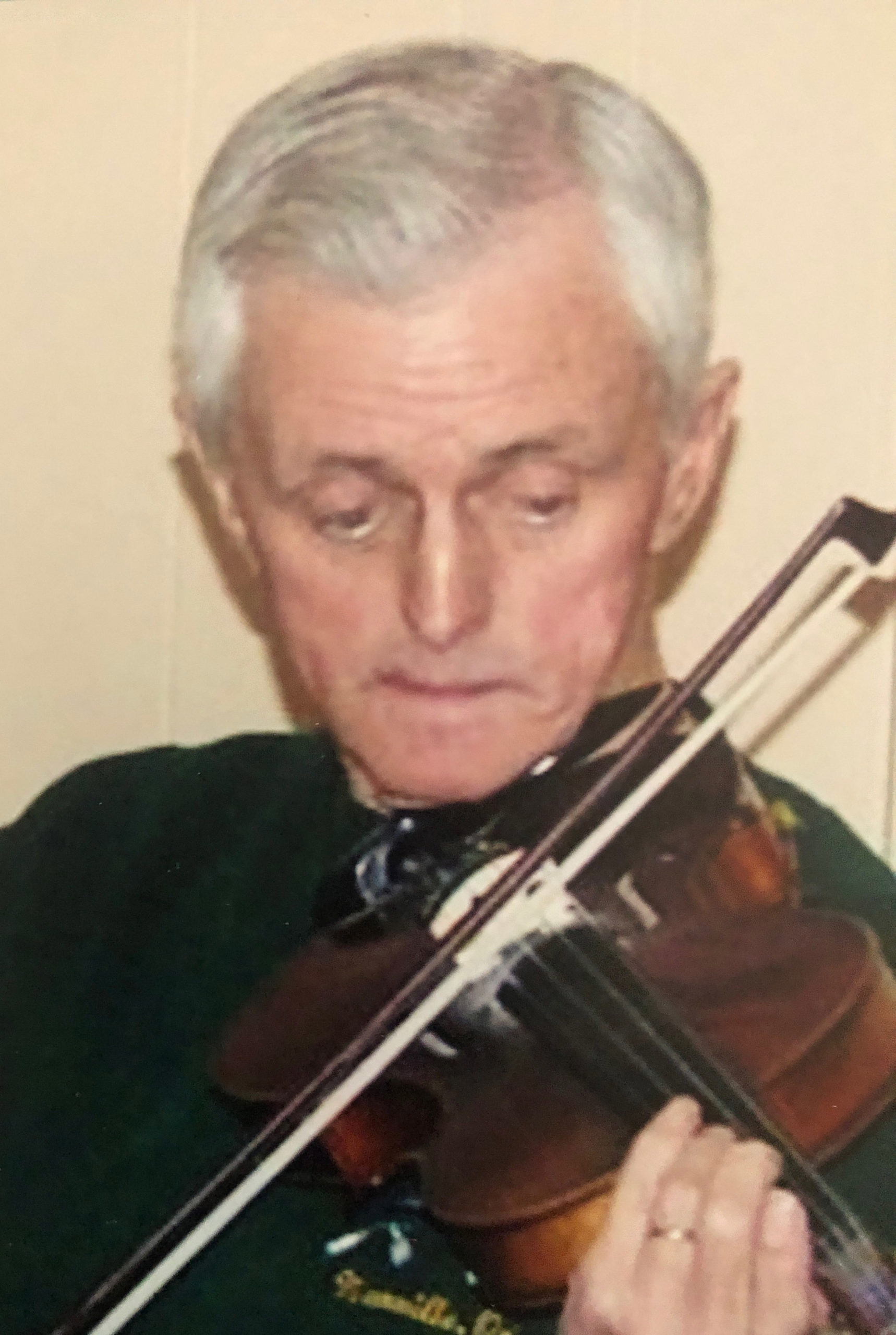 Wallace Roderick James Dixon (Junior) passed away peacefully at Lanark Lodge in Perth, Ontario. Known in recent years as “Jim,” growing up he was always called Junior by his family and neighbours, and then later on in high school he also acquired the nickname “Dixie,” which also stuck with him for the rest of his life.

Junior was born in Vankleek Hill, Ontario to Wallace and Mary (nee MacCallum) Dixon who operated a cheese factory near Lemieux. After graduating from Vankleek Hill Collegiate, he studied mechanical drafting at Ryerson College in Toronto. Then, rather than pursue a career in drafting, he asked Mary Inez MacCaskill to marry him, and they decided to purchase his parents’ dairy farm near Pendleton, Ontario (“Ettyville”), where they lived and raised their children until 2001. He gave up dairy farming full-time in 1967 when he became employed as a draftsman at Canada Post in Ottawa until his retirement in 1987. It was around that time that Junior took up the fiddle, eventually joining the Glengarry Old Time Fiddlers, and his love for the music stayed with him for the rest of his life.

After losing his high school sweetheart to cancer in 2001, Junior eventually resettled in the Perth area where he became well known to many local old-time music and dance enthusiasts, and curling and golf partners.

Junior is predeceased by his brother Jackie, his sister, Edna, son, Sam, and his loving wife, Inez. He is survived by three children, Kristine (Bart Hollington), Nanci Lee (Gary Heney), and Peter (Heidi Stepanek); his grandchildren Kelsea and Adam, Sean and Matthew, Skye, Anika, Jaime, Aja and Jacob; and his great grandchildren Evelyn and AJ, Rheia, and Levi, as well as many nieces and nephews.

The family would like to extend a special thank you to all the staff at Lanark Lodge in Perth for their kindness, dedication and the exceptional care they gave to “Jim” during his stay there.

In lieu of flowers, please consider a donation to the Shepherds of Good Hope (www.sghottawa.com) in his memory.