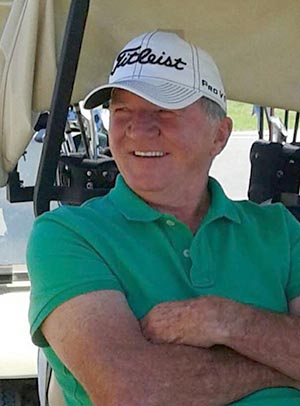 COURTEMANCHE LAWRENCE
October 15, 1946 – September 14, 2017
It is with heavy hearts that we announce the passing of Larry Courtemanche who passed away while doing what he loved best, tending to his lawn at his residence in Rockland, Ontario at the age of 70. Larry had one great love in life for over 48 years, his wife Ginette (née Marotte). He was a much beloved “Da” to his children Mike (Cheryl-Ann), Dave (Leila) and Cindy Bramucci (James Brown). He will be missed beyond belief by his grandchildren Nickolas, Zachary, Tanya, Adam, Meghan, Thomas, Samuel and Jorja. He leaves to mourn his baby brother Serge (Lucie). Predeceased by his parents, Gustave Courtemanche and Dorris May Lawrence Courtemanche also by his brother Peter Courtemanche. Fondly remembered by his many nieces and nephews and his longtime friend, Jim Fedrock. Relatives and friends may pay their respects at Des Trembles Funeral Complex 15005 Sherbrooke East, Montreal, Quebec on September 21st, 2017 from 1:00pm – 2:00pm, folllowed by a funeral service at 2:00pm at Des Trembles Funeral Complex 15005 Sherbrooke East, Montreal,Quebec. Interment at Des Trembles Funeral Complex. In memory of Larry a donation to the Montreal Neurological Institute, 3801 University St. Montreal, Quebec H3A 2B4 would be appreciated by the family. Funeral arrangements have been entrusted to Hillcrest Funeral Home, 151 Bond Street, Vankleek Hill, Ontario K0B 1R0 613 -678-2002. To express your condolences, make a donation, send flowers or plant a “Tree of Remembrance” for Larry please visit www.hillcrestfuneralhome.ca