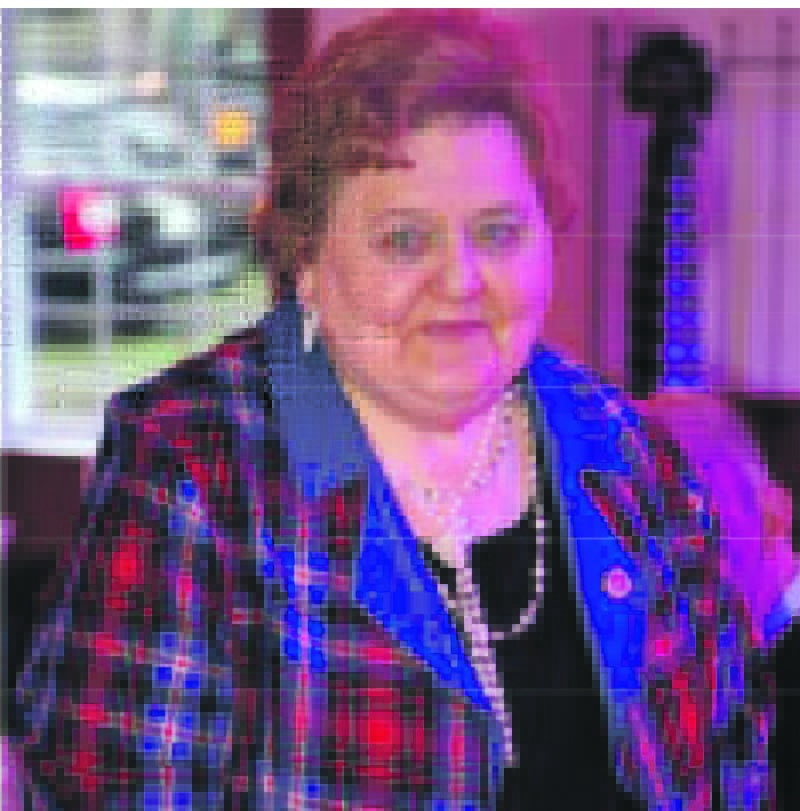 BLANEY, CONNIE KIPPEN
As we prepare to celebrate our 70th edition of the Glengarry Highland Games, we are saddened by the passing of a very grand Games lady, Connie Kippen Blaney, on Wednesday, January 25, 2017. The first Glengarry Highland Games were held in 1948. That year, Connie, at age fifteen, took first prize in the under‐eighteen piping competition. As well as being successful at Maxville, she also excelled at games in Montreal, Fergus, Embro, Syracuse and Schenectady, winning many trophies. It was during this period of her career that she was acknowledged and recognized as being one of the best lady pipers in North America. It was also about this same time that Connie affectionately became known as “Glengarry’s Sweetheart”. After graduating from Ottawa Teachers College, Connie taught school for thirty five years in the area. The last twenty of these years were spent at the Maxville Public School. Connie was a founding member of the Glengarry Pipe Band and was Pipe Major from 1965 to 1968 and was a highly regarded teacher and champion of piping in Glengarry. Connie has been involved with the Games since their beginning. In 1981 Connie became the Secretary for the Games Committee and she remained in that position for fifteen years. In 1988‐89 she served as a Vice‐President and in 1991 she became the President. As a member of the Tartan Committee she was instrumental in the creation of the Glengarry Highland Games tartan. In 2005, she was inducted into the Glengarry Celtic Music Hall of Fame. Connie continued to sit as an active director and past‐president until she passed away this week. Games President Anne Stewart speaks for the Games Organizing Committee when she says, “Respected for her many accomplishments in the community and in the piping world, Connie will be missed, and her contributions to the Games will never be forgotten. Connie was a trailblazer, whose determination and success as a young female piper competing on the Ontario circuit in the 1940s and 1950s enabled future generations of women (including my eldest daughter), to play and compete at the highest level of piping and in pipe bands worldwide. Her smile, her laugh, her knowledge… Connie is irreplaceable and we will miss her terribly.” The Glengarry Highland Games that have become one of North America’s premier celtic events has much to be thankful for in the contributions of Connie Kippen Blaney. For service details, please see http://munromorris.com/…/…/Blaney‐Connie/service‐details.php