There were two COVID-19 patients from the territory of the EOHU in hospital on Tuesday, and one of those patients was in intensive care.

There had been no COVID-19 deaths within the jurisdiction for more than a week as of June 16.  The number remained at 11, and all had been due to a previous outbreak at Pinecrest Nursing Home in Plantagenet.  .

There are five testing and assessment centres throughout the EOHU`s jurisdiction.  As of June 16, 12,013 people had been tested for COVID-19 at the five centres, and by paramedics in Prescott and Russell, SD & G-Cornwall making home visits.

There were 413 COVID-19 patients in hospital across Ontario on June 16, 98 patients were in intensive care, and 70 patients were on ventilators.

As of Tuesday, there had been 2,538 deaths due to COVID-19 across Ontario.

Confirmed and resolved COVID-19 cases throughout EOHU territory as of Tuesday, June 16, 2020. 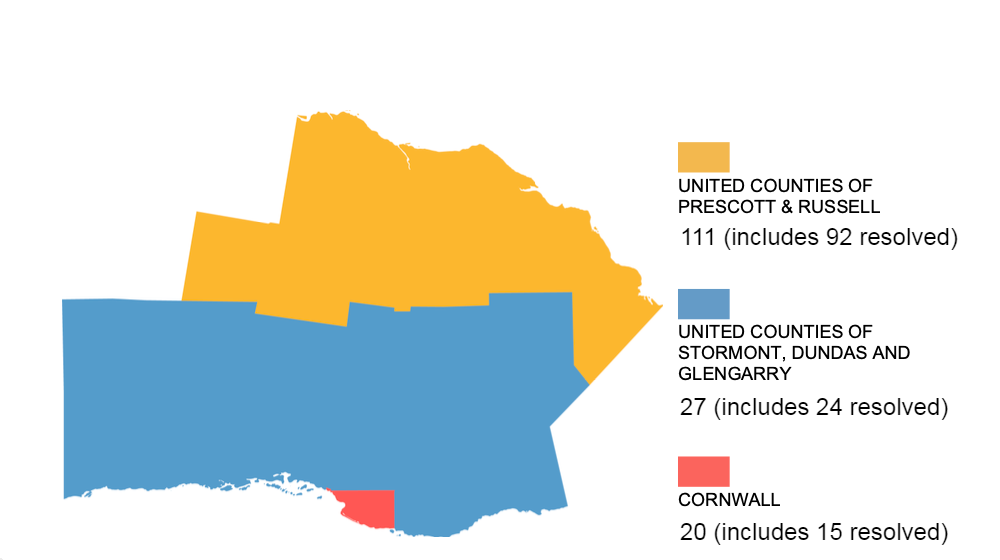