What is love? Respect, kindness and supporting each other 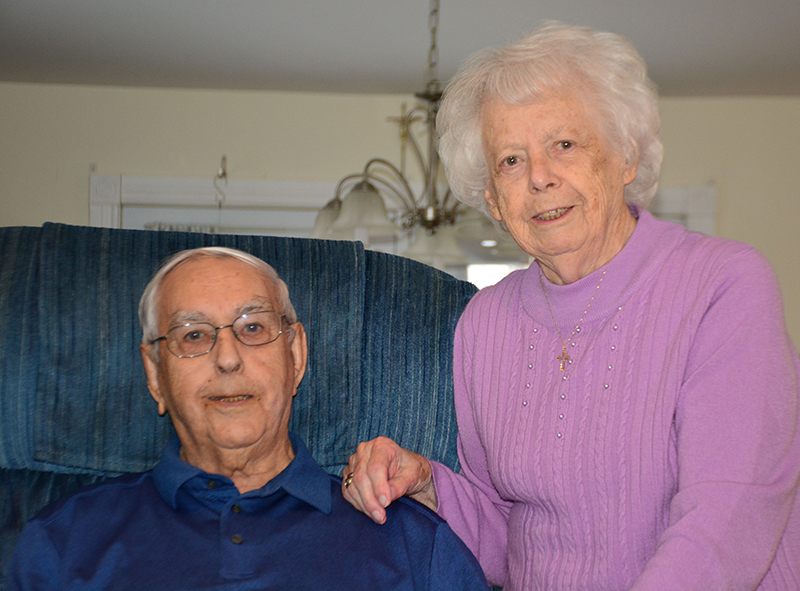 Their love story started like so many others from that era. In 1949, Raoul Desjardins was visiting his brother, who lived across the road from 20-year-old Lucia Mayer and her family. There were chance meetings, and then Raoul ended up purchasing Lucia’s father’s farm, although her family continued to live in the farmhouse.

Lucia remembers that she and her sister would help Raoul with the milking.

“But soon, even though we were helping morning and night . . . the weather got colder and he said he could do it himself. You’re better off warm in the house,” Lucia recalled him saying.

If their romance was typical of a time when people traveled less and tended to find a life partner closer to home, their knowing right away that they were right for each other is uncommon. So is their 70-year marriage; the couple (Lucia is 91 and Raoul is 95) celebrates their 70th anniversary on February 2.

“I was 21 when I got married and I had been in no hurry, even if other girls were getting married at 18,” Lucia recalls with a smile. With Raoul, it was different. “He was the only one I could talk to; we had the same goals, thought the same way,” recalls Lucia.

As the two got to know each other, Lucia says it was like they had already known each other for a long time.

In the autumn of 1949, they began to date. Their first date was at a theatre in Plantagenet, where they saw “Mon oncle et mon curé”. For a second outing, they went to the Vankleek Hill Fair. They married on February 2, 1950. 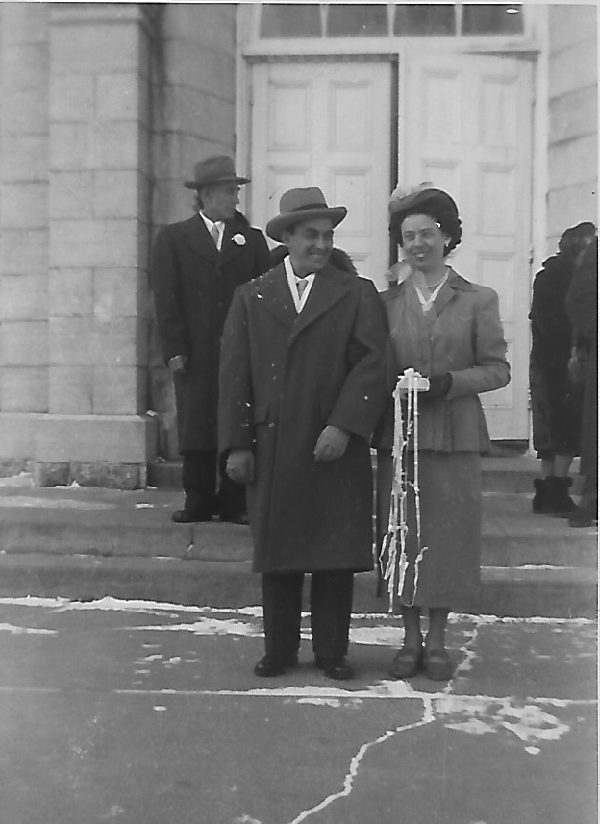 Even today, during this interview, one can see that their connection to each other is unwavering.

What has kept them together for 70 years?

They were always able to talk together and did many things together, too, they say. Lucia taught line dancing for decades, organized dance events and even made the lunches served at many of those events. Through all of that, Lucia says Raoul supported what she did and always helped.

“Everywhere I looked, Raoul was there — playing with the kids, being here with us,” Lucia says. Lucia taught exercise and line-dancing for decades, organized dance events and even made the lunches served at many of those events.

Raoul worked in construction for a time, after they sold the Plantagenet farm (the newly-married couple lived at first in the farmhouse) and then he worked on John Kirby’s farm nearby on Highway 34 after the coupled moved to a home on Highway 34, just north of Vankleek Hill.

“In my time, there were three jobs for women: be a teacher, a nurse or a mom.” As part of her desire to stay active, Lucia got involved in physical exercise and line dancing and never looked back, teaching for more than 30 years.

Lucia’s dance events attracted participants from Alexandria, Casselman, Green Valley and from closer to home. She loved teaching and chose music that was easy on the hips and knees — music she refers to as ballroom music — and worked to make her events fun. “I loved teaching others and I always wanted to make sure we had fun at our parties,” she says. Her husband was there to help, sitting at the back, gently pointing out to Lucia which new dancer needed some extra help.

Lucia looks fondly at Raoul and says her husband’s big heart has been a constant through their 70 years together.

It is hard to put into words, but there is an easy, solicitous way between the two of them that is just — well, quietly there. Each seems to look at the other and it is obvious: they each see someone very precious.

Their daughter, Muriel, is there for this interview and says that she knows her four siblings would agree with this: “We never heard them fight. There was never a disagreement. They always got along. If they had words, they didn’t do it in front of us, that’s for sure,” says Muriel.

“They never lost respect for each other,” she adds. Trying to find the right words, she describes her Dad as treating his wife as if she was “his everything.”

Raoul hears this and nods in agreement.

“My Dad always said his wealth was his children. His family is his fortune,” Muriel  says.

Lucia and Raoul have seen their share of hard work, from their farm days with no electricity, doing laundry with a washboard and doing farm work the hard way. But as time went on, they carved a life from kindness, patience and love.

“We wish that for everybody. Patience — and to be kind to each other. Even today, we still need each other,” says Lucia.