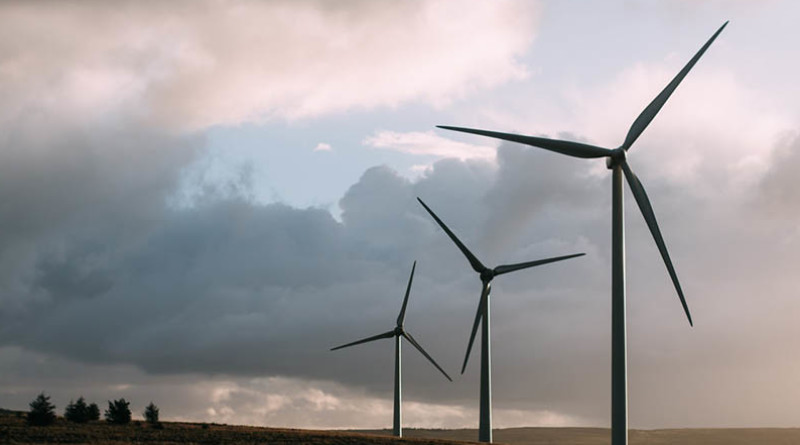 One of those projects is the Eastern Fields Wind Project slated to go up in La Nation and Champlain.

“We’re obviously disappointed and a little bit shocked at the turn of events,” says Andrea Cosman, an associate developer with Renewable Energy Systems (RES), the company behind the project.

Cosman added that RES “found out along with everyone else,” and that it still hadn’t received formal notice of cancellation from the province.

Indeed, The Review contacted Cosman a day before the province’s announcement to discuss the “community benefits” proposed by RES; less than 24 hours later, the project had been quashed.

Cosman said the power energy was the “cheapest ever procured in Ontario.” And added, “We don’t feel that this is beneficial to ratepayers over the long-term.”

Eastern Fields was one of 16 contracts awarded through the first round of the province’s Large Renewable Procurement (LRP I) process.

A press release listing the cancelled projects said the 10 that were part of LRP I were cancelled as they hadn’t “achieved their Key Development Milestones.” These milestones were part of the contracts between the developers and the Independent Electricity System Operator, which oversaw LRP I. They included impact assessments, the Renewable Energy Approval (and other applicable permits), and proper financing to complete the projects. RES was in the process of the getting the Renewable Energy Approval from the province for Eastern Fields.

Cosman calls the cancellation a “lost opportunity” for the community. RES had a series of “community benefits” totalling about $100,000 a year, including a local electricity discount, money for municipal projects and a scholarship. That was in addition to about $125,000 a year in tax revenue for the municipality.

Nonetheless, Save the Nation, a citizens’ group that staunchly opposed the wind farm, celebrated the decision.

“After fighting this project for three years, we are thrilled and relieved by this announcement,” read a press release. During those three years, the group raised issues about soil stability, health impacts and was even prepared to go to court. It called the cancellation a “community victory.”

‘Revenue we never had’

He added that the municipality didn’t have an official opinion as the Green Energy Act didn’t allow them to have one. Regardless, in the past La Nation had declared itself an unwilling host. Despite this, it was still set to received the benefits above.

Renovations to the community hall in St-Bernardin was one of the first projects mentioned that could have been financed through RES revenue. St. Amour said the municipality would now be looking at different ways to pay for the renovations.

“We’re losing a revenue that we never had,” he said. “It would have been a help but then you gotta think bigger picture… we’re in deep trouble in the energy file.”

He said more efficient use of hydroelectric dams, better energy distribution and storage should be priorities rather than green energy production.

He said the industry “wasn’t ready” if it still relied on government and taxpayer to make projects viable.

To St. Amour, the province’s next step should be to revamp the Green Energy Act to give municipalities more power or scrap it entirely.

The act has been a favourite scapegoat for the Ford government even before it took office.

One of the main criticisms of Ford’s hydro changes, including the stepping down of Hydro One CEO Mayo Schmidt and now these cancellations, are the significant costs associated to each. In the former, Ford’s $400,000 dismissal figure doesn’t quite add up, and the effects are likely underwhelming for ratepayers. In the latter, his government has said the cancellations will result in savings of $790 million without mentioning the costs to do so or how that will affect individual hydro bills.

In the case of Eastern Fields, there’s a $400,000 cancellation, plus two dollars per kilowatt of capacity. The project had a 32-megawatt capacity, therefore an additional $64,000.

“RES is reviewing its options with respect to compensation,” added Cosman in an email.

Greg Rickford, minister of Energy, Northern Development and Mines, said the PCs intend to introduce legislation that would protect ratepayers from any costs associated to the cancelled projects. He didn’t say what that protection would actually look like and until it’s passed, that money is coming from public coffers.