Farm Festival in the works in Glengarry; Local farmer takes agriculture back to its roots 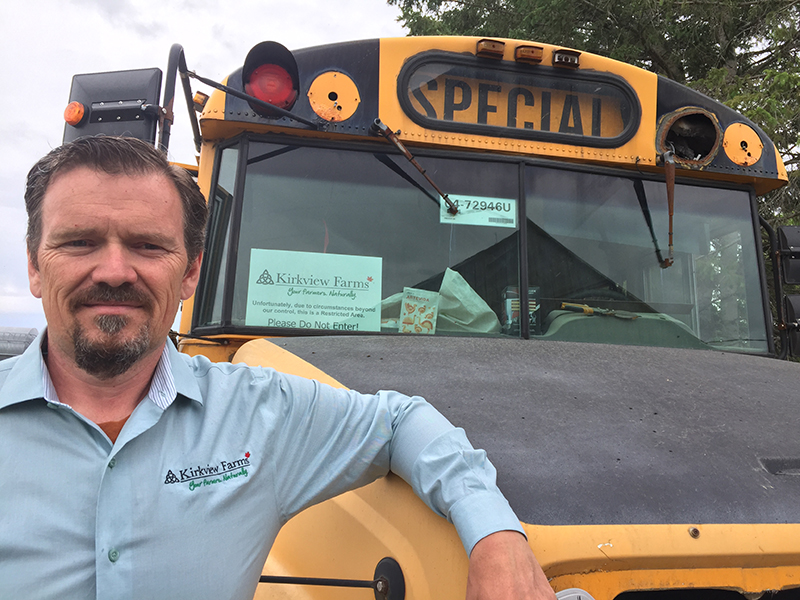 A simple farming philosophy from the late Bill MacGillivray is being put into practice by grandson Mike who took over the family farm at Kirk Hill three years ago, after the death of his father, Jim. Mike has been promoting his grandfather’s theory; growing crops and raising animals in a way that reduces dependency on outside inputs while promoting awareness about where and how his food is produced. Plans to introduce consumers to the natural way of farming this summer are in the works. Along with family members, MacGillivray is preparing an on-farm food festival at Kirk View Farms that will include local vendors and a tour of the pigs, cattle, turkeys and chickens he raises. There will also be entertainment, information about ethical farming practices and a tour of his pesticide-free hay crops.

“My grandfather preached diversity for land and economics his whole life,” Mike recalls of the man who farmed with only one arm, having lost the other to cancer at the age of 16.

“He said we should never rely on just one crop or one animal, not just because of the effects on the land, but because if one product’s not in demand, another one might be.”

MacGillivray explains the difference between permaculture that he practices like his grandfather did, and monoculture, which is how his father farmed the 196 acres of family land.

“Dad’s farming practices were petro-based, meaning he used a lot of chemicals for weed control. I’m doing it differently than my dad, more like my grandfather. I want to keep it natural, though it’s interesting that my dad and I both ended up working in the pipeline industry,” states MacGillivray, who left the farm at 19 years old to pursue an education in welding engineering technology.

From 1994 to 2007, Mike worked out of Woodstock, Ontario, travelling all over the world selling pipeline materials.

“But I had to come home. I felt a need to get back to the land where I was raised.”

“If you look just south here towards the church,” points MacGillivray, “you’ll see weeds in that field. Other farmers have commented on it, and I figured out what I needed to do.” He picks up a massive thermometer that he now uses to test the temperature of manure he spreads on the crops. “If you let nature take its course, the manure will heat up and kill the weed seeds so they don’t spread in the field. I learned the hard way, but it works.”

There are other challenges that many organic farmers face today. “Processing plants are disappearing, non-GMO seed outlets like Homestead Organics are going out of business, and we have to recreate infrastructure, putting up fences that previous farmers tore down because animals were kept in the barn.”

MacGillivray is adamant that his animals will all see the light of day, be pastured, and only fed grass, hay and supplements.

He explains that more and more people are looking to buy meat that is grass-fed and not full of hormones and chemicals. He says he can’t keep up with the demand. His Australian Lowline Angus cattle are a perfect fit for his farm vision.

“They’re small, friendly and naturally polled,” he says, meaning he doesn’t have to de-horn them. “They’re good mothers and easy to handle.” His pasture-based chickens are White Rocks that he bred in his special school bus before letting them out onto the grass. He’s a member of the Ontario Chicken Farmers Artisanal program that encourages small, independent, family farms.

“It’s a great organization that helps us serve a niche market. We don’t have to purchase quota and that gives small producers an opportunity to meet a growing demand.”

Mike’s pigs are heritage breeds like his grandfather raised. He has boars, like Tamworth Charlie, whom visitors can see and pet.

“He loves to be scratched on his back,” comments Mike on the friendly, 750-pound boar.

MacGillivray explains that he’s creating an agro-ecosystem and has plans to put in solar panels to energize the entire farm. He’s also planted 3,600 cedars, poplars, hickory and pine trees that will be harvested as needed. He continues to take courses in permaculture design, is planning to plant 100,000 trees and has ideas to teach others about farming large acreages naturally.

“Water is the most important thing to consider here,” states Mike. “ We’re always trying to remove it with tile drainage when really we should be trying to preserve it. My grandfather’s messages keep coming back to me. Work with nature and she’ll work with us.”

MacGillivray is passionate about his beliefs, is a director on the Ecological Farmers of Ontario Association, is executive director of Community Futures Development Corporation and is looking forward to promoting his farm to table talk this summer on his family farm. 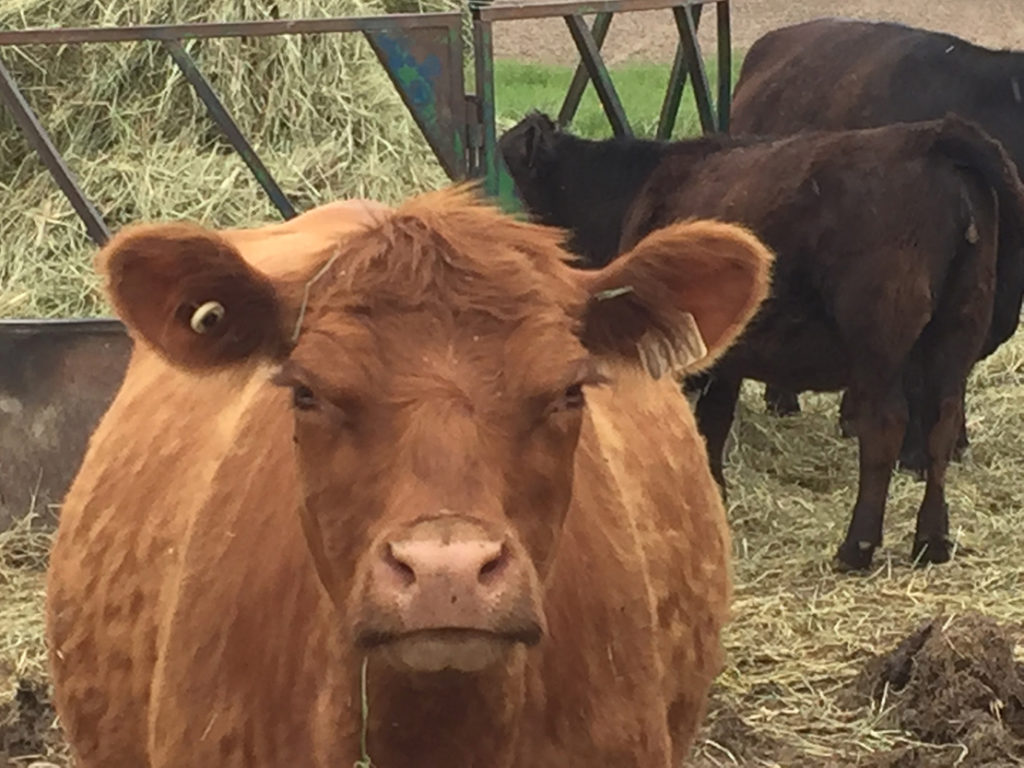 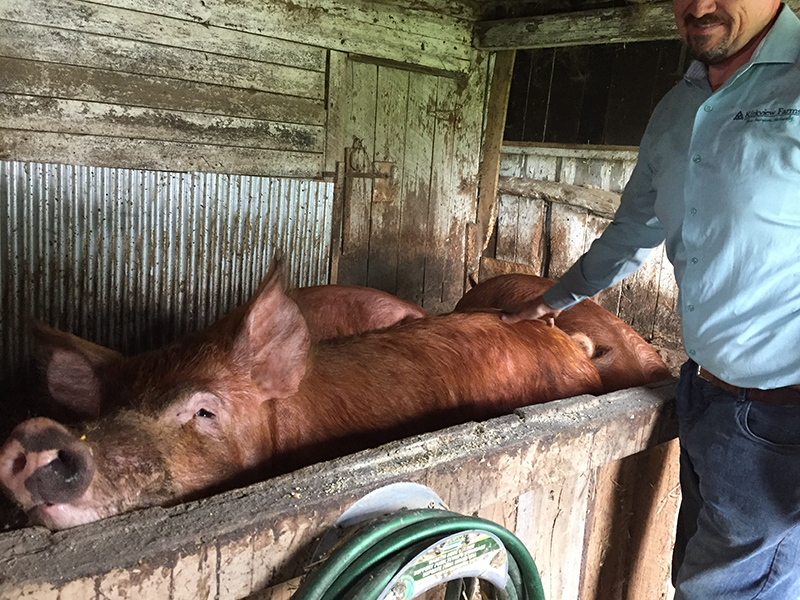 Mike MacGillivray is seen here with Charlie, a 750-pound boar.