Wayne Rostad, Alleykatts and much more at Food Bank Jamboree on July 7 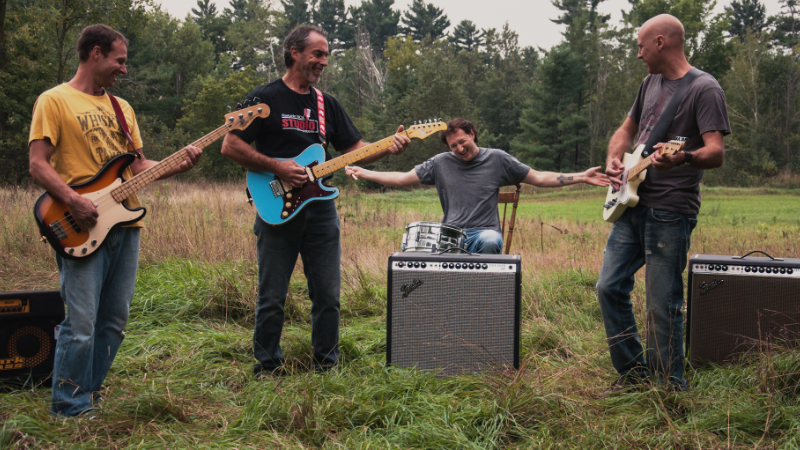 There is less than a month until the seventh edition of the Vankleek Hill Food Bank Jamboree.

Hosted by The Review and Windsor Tavern, the July 7, 2018 event promises quite the lineup of local talent. And this year, organizers are thrilled to welcome Ottawa Valley Music Hall of Famer Wayne Rostad, who will be performing at 4 p.m.

Among those who will grace the stage are rock ’n’ roll veterans the Alleykatts, who triumphantly return to rock the jamboree for a second time.

“We had a blast last year! We didn’t expect the vibe to be that good. People wanted to party, dance and, as a band, we fed off that energy. We’re very happy to return,” said Ray Desjardins, bass player and singer for the Alleykatts.

The story of the Alleykatts is rather touching. The Brownsburg band was founded in 1995 by Luc Lafleur, Patrick Cleary, Ray Desjardins and the late Doug McDonald.

“Doug, our original singer, passed away in 2010 after a lifetime of diabetes. So, when we first started playing together, it was to raise funds. Through shows and albums sales, we raised thousands of dollars. That was the original purpose, but we were friends and the band took off so, we continued playing,” said Desjardins.

These days, lead guitar duties belong to Gary Brewer, who joined the band in 2009.

With 23 years of experience, the Alleykatts can adapt to pretty much any party. They even have two personas: acoustic (for more intimate, laid-back venues) and electric (for an all-out party).

If you haven’t yet guessed, the electric Alleykatts will be on stage at the jamboree.

“We started with 50s rock ’n’ roll, like Elvis and Buddy Holly. We’re also huge fans of the 60s – Beatles, Stones – those are our main influences. However, we’re a party band so we always adjust. After 23 years, we have the repertoire to please any crowd,” said Desjardins.

Desjardins stated that the Alleykatts have quite the show planned for the seventh Jamboree.

“Last year, we noticed that a lot of people there loved country. This year, we’ll have plenty of rock ’n’ roll with more focus on country than blues.”

The Alleykatts are formed by Luc Lafleur, Patrick Cleary, Ray Desjardins and Gary Brewer. Since 1995, they have released two albums of original material, Cat on the Prowl and The Real Thing. Proceeds from their album sales went to diabetes research. More information can be found on the band’s Facebook page (@TheAlleykats).