A full house for Celtic Music Hall of Fame awards 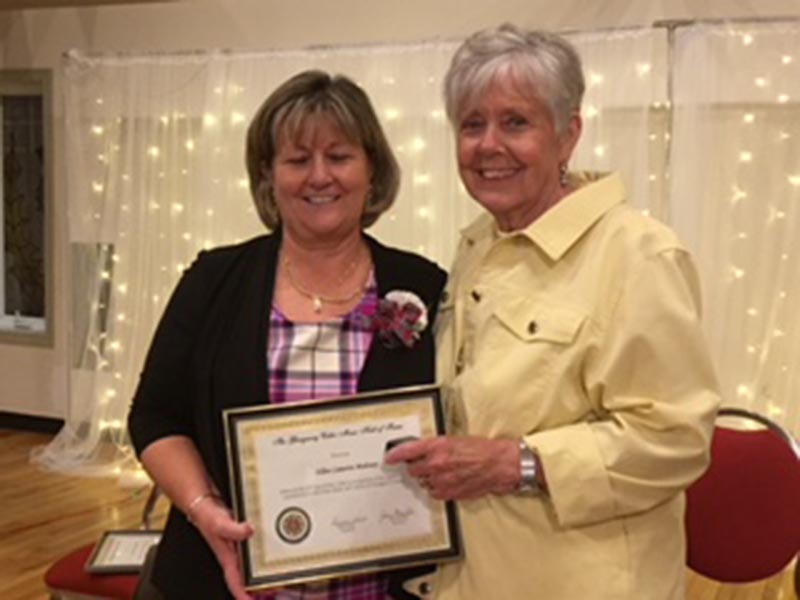 Ellen Cameron Maloney accepting a Celtic Music Hall of Fame Award for her contributions as a dance teacher.

Celtic musicians and supporters were on the Bonnie Glen Pavilion stage May 25 and drew an overflowing crowd that showed appreciation for four Glengarry Celtic Music Hall of Fame inductees with cheers and a standing ovation.

Duncan A. Macdonell, Duncan Donald MacSweyn, Ellen Cameron Maloney and Gerry O’Neill were honored and awarded at the fifteenth annual event that saw over 220 people enjoy a meal of chicken kiev with all the trimmings and dessert that was preceded (and proceeded) with a little Glengarry cheer.

“He’s so unique, with a great laugh, wonderful smile and the ability to see strength in everyone. That was his gift.” For close to 30 years Duncan promoted Celtic music at Alexandria’s Atlantic Hotel which he owned during the 1960s, ’70s and ’80s.

“He had a love for Celtic music and housed bands from far and wide,” explained Leah, who sold pop and ate cherries behind the bar while taking in the Celtic music played. “His passion for music led me to take up the bagpipes. Unfortunately, the neighbors didn’t like it when I practiced.”

She told the crowd that he was a man of few words, but when he spoke, everyone listened. He was passionate about history and a founder of The Friends of the Ruins. Some say Duncan was responsible for the initial promotion of Celtic music in Glengarry because he searched, promoted and offered a venue to musicians at The Atlantic, which, although it was sold in 1989, is still renowned for promoting Celtic music.

Cotton Beaver born inductee Duncan Donald MacSweyn was introduced by great granddaughter Tammy MacSweyn who explained how gifted a singer he was.

“He could sing in both Gaelic and English. And he performed at all denominational churches, travelled there on horseback on his mount called Prairie. He was truly an inspiration for all of us.” Also known as Duncie, he helped the community appreciate Gaelic heritage through song. His legacy lives on in a record of songs that was produced with the help of his daughters.

Celtic dancing potential was detected early on in third inductee, Ellen Cameron Maloney who has helped produce five world dance champions, 17 national, 30 provincial champs and has contributed to numerous other trophies for Celtic dancers in the area.

Good friend Jacqueline Fraser explained that Ellen was very quiet but amazingly competitive. First dance teacher Mary Saunders immediately saw that the girl was going to go places. At nine years old, Ellen started traveling to competitions, winning Ontario, Canadian and British championships, just to name a few. For the past 46 years, she’s been passing her skills on to hundreds of students who have become ambassadors of Celtic culture. Starting as a teacher at the age of 13, she stopped at nothing to make sure dancers could reach their full potential, sometimes letting practice fees go by the way, driving students to performances and searching far and wide for reasonably priced costumes.

“She’s gone high-tech now,” said Fraser of her humble and generous friend. “With the help of computers, she even teaches students from Tasmania, Australia to Florida and many places in between.” Ellen explained that house parties and church vestibules were some spots she got to dance as a kid. “Some of the places weren’t necessarily the best for a young kid. There was sometimes a bit of drinking going on. But I learned to perform and I loved it.”

A standing ovation was given to inductee and acclaimed fiddler Gerry O’Neill who made Glengarry his home after moving here from Ireland. Drawn to the area because of the music and people, O’Neill performed throughout Ontario, Quebec, the Maritimes and was part of Olympic Ceremonies in 1976. It wasn’t long before he became a full-time musician, becoming a master at engaging the audience by encouraging requests and audience members to dance and sing. He’s been an avid promoter of Glengarry talent by encouraging young and old to partake in his genuine love of Celtic music. Apparently his Irish charm has brought many to appreciate the Glengarry culture and Celtic music. 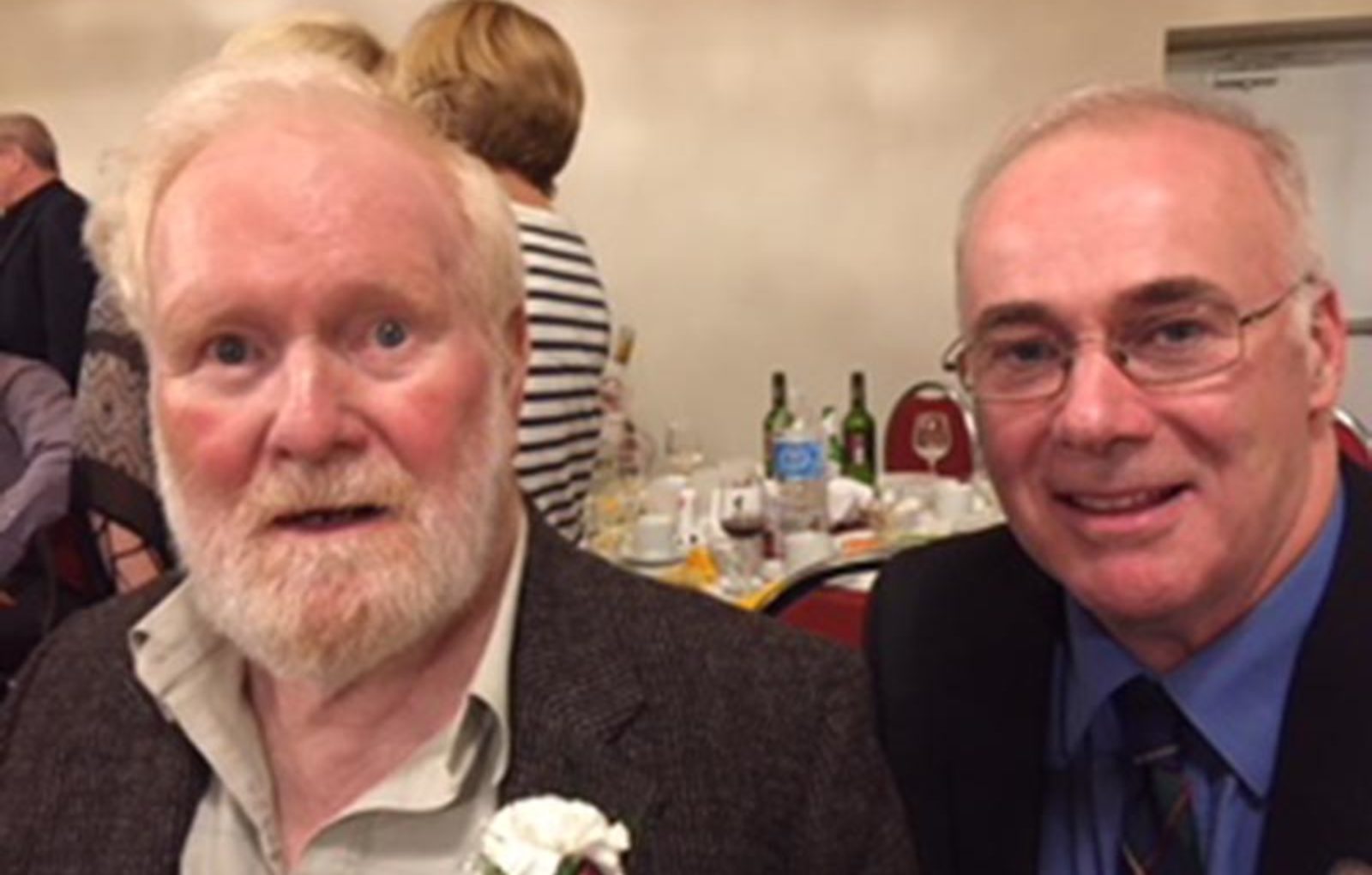 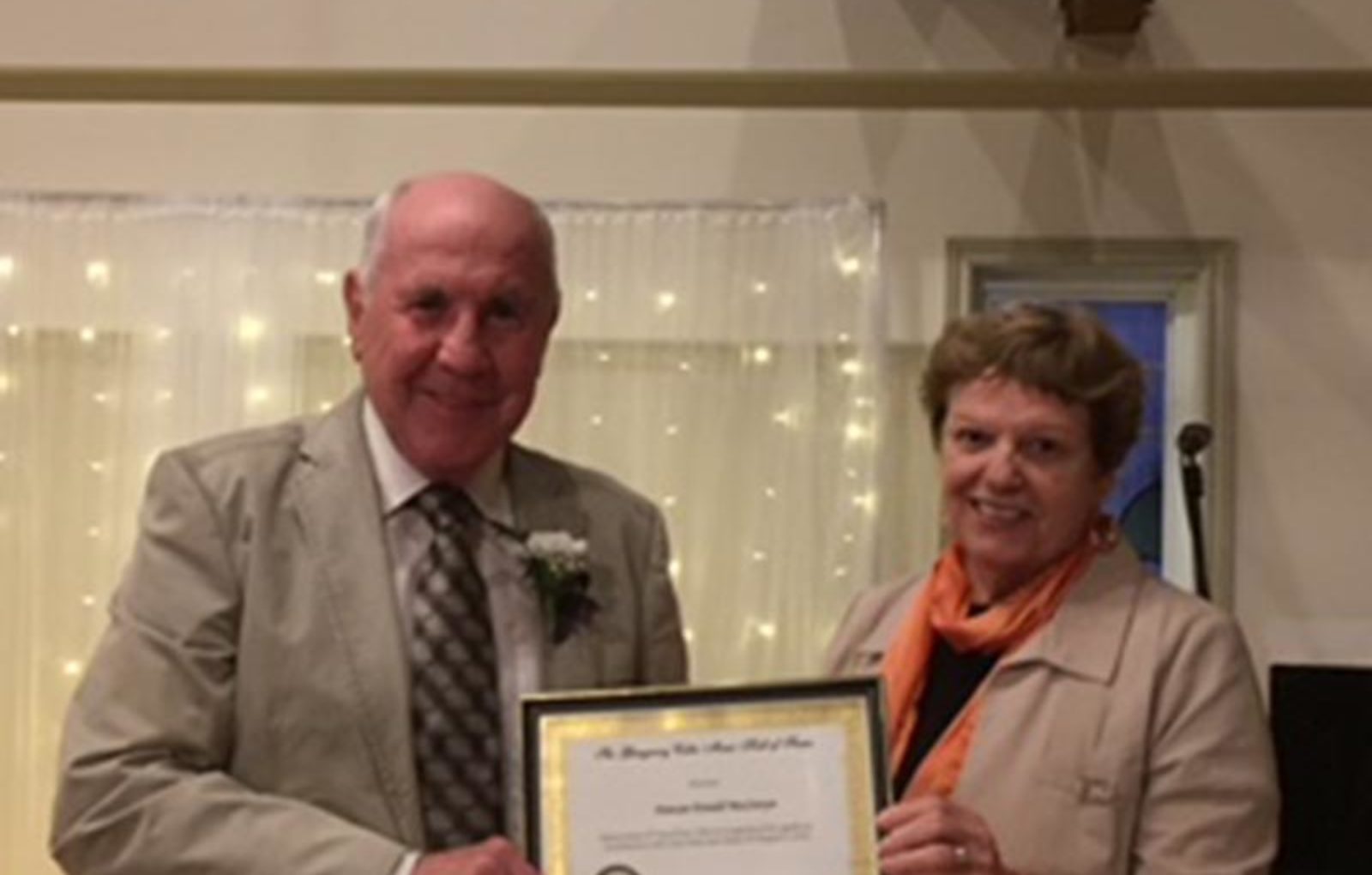 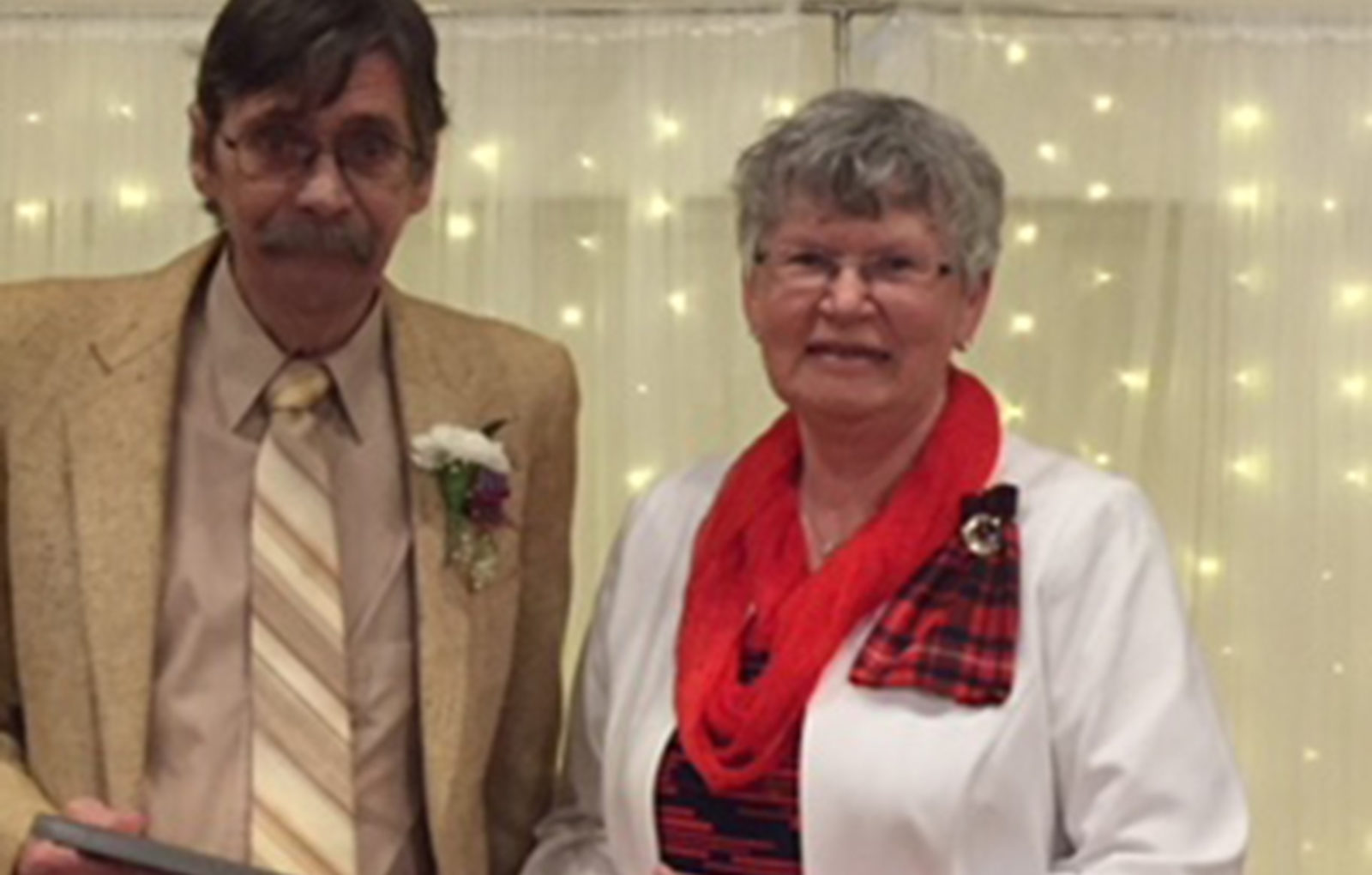