Is a coyote bounty necessary to protect sheep? 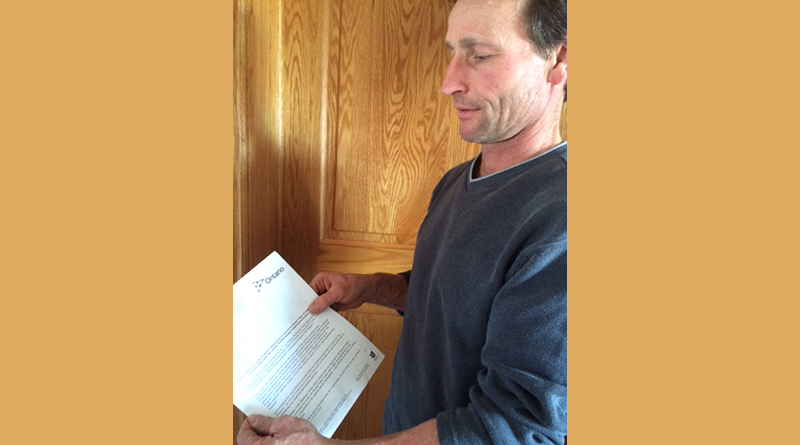 Farmers in the area often struggle to find the right solution to protect their sheep from coyotes attacking their flock in the field. Recent changes to the compensation evaluation rules have had sheep farmer Hans Wicki searching for solutions. He and his wife, Chantal, raise 50 breeding Katahdins just a stone’s throw from the village of St-Eugene and are tired of losing their ewes to the wild canines.

“Put a bounty on them and encourage hunters to shoot them,” Wicki says. “If the municipality offered money for them, maybe there’d be less of them around.”

Wicki has been raising the wool-less sheep for over 13 years and has not let them see the light of day for the last two years because of potential coyote kills that he says can happen any time of day, any time of year – even though their farm is practically in town. “The sheep are in the barn all the time now and that’s something animal rights activists have a hard time with. We’re caught between a rock and a hard spot.”

He explains that two years ago, they lost 11 pregnant ewes to coyotes, three in one day. “That’s when we decided to keep them in the barn all the time.” After filing for compensation, following the new requirements and making an appeal, he still received only a small monetary compensation for the loss, a third of what he would have previously received, along with a letter questioning how three ewes could be killed at one time. He says it’s not about the money. It’s about finding proper measures to prevent the deaths. Using a gun to shoot them is not a viable option so close to town and the live trap he put out only attracted the neighbor cats.

Jeff Leroy, also from St-Eugene, has been the area evaluator for ten years, employed by the United Counties of Prescott-Russell.

“It was my job to evaluate kill sites, provide three to five photos proving ewes were attacked by coyotes, not dogs, and that the farmer had taken every measure to ensure safety of the animals.” That means proper fencing, the use of donkeys, llamas or dogs as protectors and encouraging farmers to get vet checks to prove ewes were pregnant. “Hans did all of those. Really, they want to see blood on the ground as proof.”

With the changes to the program, Leroy is no longer an evaluator, but an investigator. His submissions are now re-evaluated by a second valuer under OMAFRA.

“Before the recent changes, about four per cent of claims were denied,” Leroy says. “Now it’s 22 per cent.”

Wicki believes the formula for compensation has changed and that the ministry does not take into account the different values for market ewes versus those pregnant for breeding stock. Since Katahdins do not have to be sheared as they shed hair, it makes them appear smaller than the conventional wool type.

“That’s another problem when it comes to evaluating the weight,” he says. “Not only do we have to prove that ewes were killed by coyotes and were carrying lambs but we also have to prove their weight, which is deceptive with this breed.”

Bob Garner and Laurie Maus of Hawk Hill Farm near Dunvegan have raised Tunis sheep for close to 12 years and have not yet lost an animal to coyotes.

“We know they’re there,” Garner says, “because we see their scat in the pasture, they follow the tractor waiting for mice in the field and we’ve seen them walking the fence line.” Garner believes there are two reasons why there have been no attacks on their sheep that are outside all the time (in large part to help with parasite control) – they move their sheep every other day from small pastures of half to one acre and have three Maremma dogs as protectors.

“When the flock is in a small pasture, the coyotes don’t have time to lure the dogs away and then chase the sheep,” Garner explains. “It’s too small an area.” He describes a scene he witnessed where the coyotes made an attempt to go after the flock. Titan, the male dog immediately herded the sheep to shelter that was very close by, making it impossible for the kill. “It’s about having a small enclosure that doesn’t give the coyotes a chance to run them down.”

The other two Maremmas, Glengarry Piper and Mayla are female and according to Garner believe they are sheep, that they are looking after their own.

The dogs too, stay outside most of the time, are fed and watered with the flock of ewes, rams and lambs and are trained not to play with the sheep.

“It’s usually best to get a young dog. The protection instinct is inbred and they bond really well. The dogs actually cry when the sheep come in for shearing. They miss them.”

Despite the coyote sightings so close to the animals and even lurking in the pasture, Garner says he won’t be shooting them or encouraging a bounty. “They haven’t done any damage. And if we shoot them, maybe the next ones that move in, and they will move in, will be worse than these. They don’t bother me, I don’t bother them.”

Financial Officer for OMAFRA, Robin Chandra, explains that every farmer approaches the coyote issue differently, but that changes needed to be made to the compensation policies. “What we found in the program review was that for the same sheep type, someone was getting one value and someone getting another. The value is now based on evidence and age and the ministry will assign value across the province,” Chandra explains. “I agree the changes aren’t perfect. Modifications may be implemented after January 2019 when OMAFRA and livestock organizations place their recommendations.”