Beginning of a new era at former Kemptville College facility 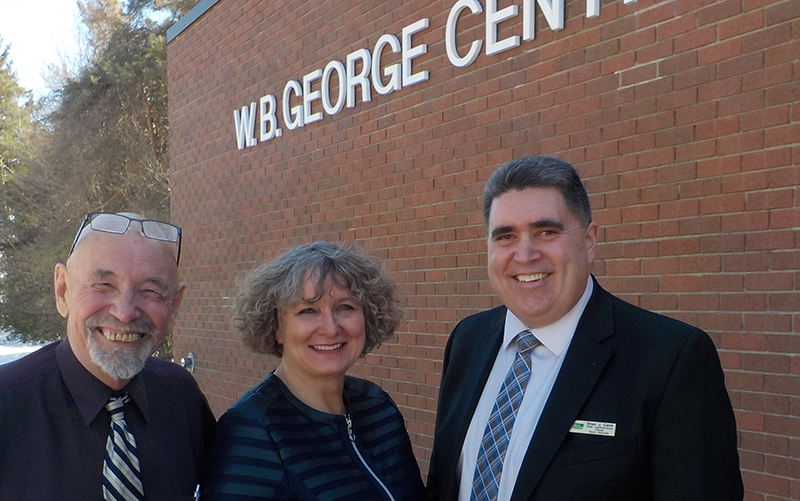 Meeting rooms in the former University of Guelph (U of G) educational facility were set up to host a trade show and several presentations on agricultural businesses including beekeeping, farmer’s markets, organic egg production, Canada Revenue Agency tips for farmers, drones, flower production, ways to link rural reaches through high-speed internet and agri-tourism.

Planned well in advance, the summit occurred a week after the municipality of North Grenville took over most of the campus from the provincial government, the first event since the take-over. It sat abandoned for close to four years before the decision was made to revive the facility.

“This is the beginning of a new era,” says Moe Garahan who opened the morning talks. Garahan has been working on food and farming issues since 1995 and been with the Ottawa sustainable advocacy group, Just Food as executive director. Granahan explains that the 100-year old campus will now resume as a centre of learning with many buildings already rented to organizations dedicated to agricultural awareness.

Of the 34 buildings acquired, two are fully occupied by OMAFRA (Ontario Ministry of Agriculture, Food and Rural Affairs) and the Ministry of Natural Resources and Climate Change. U of G continues to run the animal health laboratory and a French language public school board is buying the administration building, Rorke Hal and seven and a half acres for $3.7 million. The regional French language Catholic school board is also investing on campus.

After opening remarks from MPP for Leeds-Grenville Steve Clark who commented on the importance of buying locally, Garahan explained how the word “local” at farmers markets has been revised. “It used to mean that as long produce came from somewhere in Ontario, it could be labeled local. We’ve lobbied the government and thanks to the Eastern Ontario Warden’s Caucus, “local” now means within 50 kms of the market where produce is sold.” She explains that buying “local tomatoes” might have meant that clients were buying from Windsor or Thunder Bay, but that now food labeled local is coming from farms in a much closer radius.

She also insists that taxpayers need to encourage municipal governments to allow small parcels of land to remain with houses in hopes that smaller farmers can provide local and organic produce to the market. “We shouldn’t get rid of houses on small parcels of land,” she explains of the many acres being bought up by big producers who immediately tear down houses, barns and forests. “A house in the country with no land is just a commuter’s home and land with no house cannot be a family farm.”

Garahan supported many of the guest speakers who advocated for the production of organic, local food and praised the many people involved to keep the agricultural facilities of Kemptville College alive and thriving.