Homestead Organics shuts doors after opening so many for others 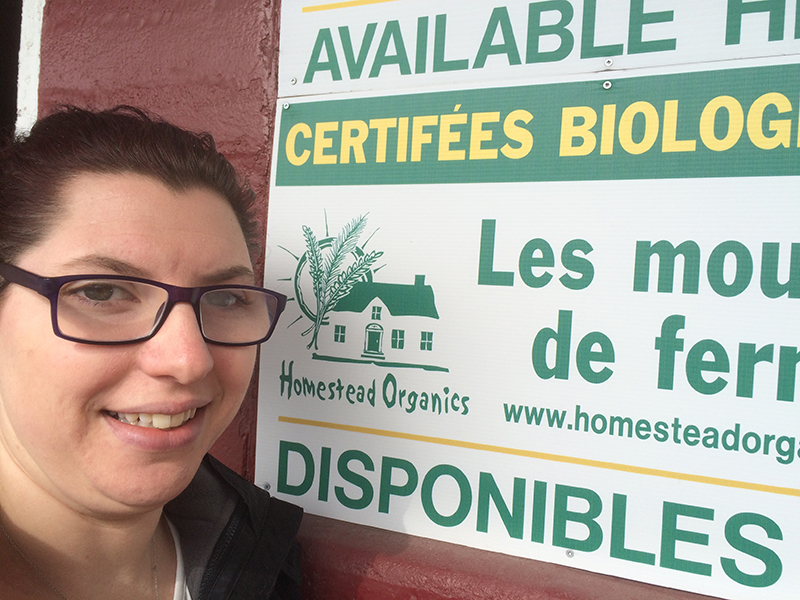 After close to 30 years, nationally recognized organic feed and seed dealer, Homestead Organics has closed its doors. Owner and operator Tom Manley of Berwick is devastated that so many farmers and customers will be left with money owing them and that organic feed dealers will be scrambling to find a new source for their customers.

Ken Guth has owned Vankleek Hill Country Depot for three years. He supplied local farmers with a full range of Homestead Organics feed for animals including chickens, rabbits and ducks.

“I’ve built up a good organic clientele thanks to Homestead, “Guth states. “Our customers have come to know that their feed is truly organic. I’m trying to find another source.”

Guth explains that the farmers’ market season is starting up soon and how important it is for him to supply producers with top quality organic feed.

“Homestead closed very suddenly, though we weren’t too surprised,” expresses Guth who always bought cash on delivery to get a better discount for his customers.

“We’re working hard to find another source, but want to do diligence at the same time and stay as local as possible. Then we know where feed is processed. It also decreases transportation costs, making it more affordable for our farmers.”

Guth has found top-quality organic feed suppliers in London, Perth, Alberta and New York. “ But I want to keep it as local as possible. That’s what our customers want too.”

Josef Heinzle of St-Eugene is a dairy farmer and sold organic soybeans to Homestead Organics. Unlike many suppliers, he’s owed nothing from the now-defunct business. When asked where he’ll now sell his produce, he said he wasn’t too worried.

“There’s always someone to buy organic beans.” Heinzle explains that he gets almost twice as much for the sought-after crop. “But there’s a lot more input and work that goes into growing them.”

Homestead’s Tom Manley took over the Berwick business from his father in 1997. Launched in 1988, the small company expanded to include a Morrisburg factory set up for warehousing, seed cleaning, mineral mixing and an outlet store. Another facility in Sebringville was purchased from Hensall District Coop. Their products included whole grains, stone ground flours, an extensive selection of livestock feed, soil amendments, fertilizers, pest control products and supplements. In 2015, the company did over $15 million in sales. Manley was also president of the Organic Council of Ontario and is recognized for having help put organic on the map.

“Homestead Organics has shut its doors and 27 people are out of work, but they did a lot to increase organic awareness,” says Moe Garahan, executive director of Ottawa-based sustainable advocacy group Just Food. Garahan was the keynote speaker at North Grenville’s Rural Summit conference April 7 in Kemptville. “Tom did so much to increase organic awareness. And with the closure of Two Rivers Hub distribution, some might thing that the organic movement is failing. It’s not a failure.”

Garahan spoke to a crowd of 150 in the Kemptville College auditorium and went on to explain that good food is fundamental and that means taking away the complexities of food production. “Keep it simple, as little processing as possible, fresh and local. That’s what Homestead was about, they were culturally appropriate.”

Garahan says Manley did a lot to open the organic doors. Heinzle agrees. And Guth of the Vankleek Hill Country Depot is sad to see them out of the picture, but plans to have a top quality organic feed source in time for the farmers market season.