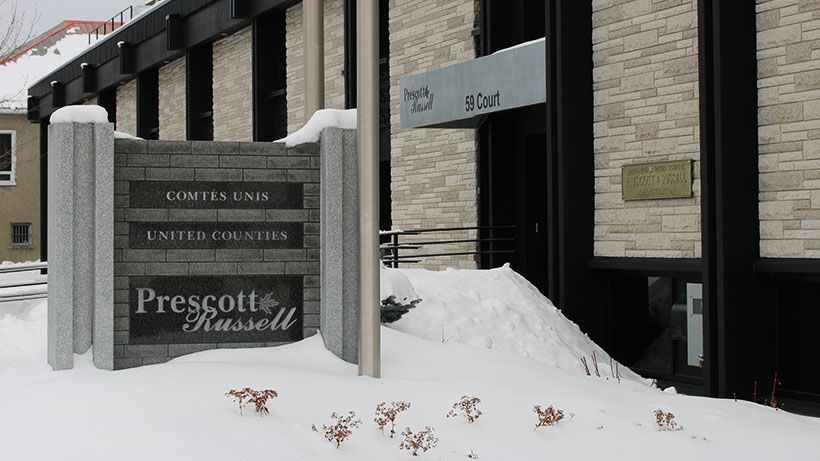 Julie Ménard-Brault, the United Counties of Prescott and Russell’s treasurer, said the Ontario government was putting the “cart before the horse” when it introduced a new possible tax class for small businesses on farms.

“Let’s not forget it’s an election year,” said Ménard-Brault, “so the government is announcing programs before telling us how they’ll work.”

The optional tax class would see small agri-food businesses attached to a farm property and evaluated up to $50,000 be taxed at 25 per cent of the commercial or industrial tax rate.

Ménard-Brault said the UCPR estimated about 107 properties in the region could be eligible for the proposed tax sub-class. But that’s a rough estimate, given the province hasn’t yet come out with the requirement for eligibility.

If those 107 properties were to be taxed under the new rate, it would result in a $19,000 loss in tax revenue for the UCPR and about $29,000 across the eight lower-tier municipalities.

Ménard-Brault’s recommendation was for council to postpone until next year to look into adopting the tax class since the Municipal Property Assessment Corporation (MPAC) has already done the property assessments and many budgets have been adopted.

Ultimately, council accepted the recommendation and will wait until 2019 to see if it will implement the new class.

Once that was settled, Ménard-Brault presented a report aimed at lowering two other tax classes: industrial and large industrial.

“Our ratios are higher than the maximum imposed by the province,” she said, “which is 2.63 for both categories.”

The report proposed dropping the industrial and large industrial rates from 2.96 to 2.87 and from 3.98 to 3.86, respectively.

“We looked at the other ratios for counties in Eastern Ontario and realized we were the ones with the highest ratio for those classes,” said Ménard-Brault. “With the ratios we have, it’s hard to attract businesses to our region.”

The average tax bill for a UCPR resident increases by about $0.78 to make up for the changes.

When originally preparing this year’s budget, the UCPR estimated about $680,000 worth of growth in the region.

In that case, council had to decide whether to change the tax rate to account for the growth or continue with budget’s current form. If taking the change into account, the overall tax rate increase would drop from 2.7 per cent to 2.6 per cent.

Ménard-Brault recommended sticking with the proposed 2.7 per cent increase and keeping the $50,000 to pay off the consulting fee for the updated fire dispatch system, which wasn’t included in the year’s budget.

Most of council agreed.

“This is another way to increase taxes slowly,” said Clarence-Rockland Mayor Guy Desjardins. “If we can bring taxes down, I’m always in favour.”

In keeping the 2.7 per cent increase, the average tax bill will increase $1.25; in addition to the industrial and large industrial changes above, it actually increases just over two dollars.