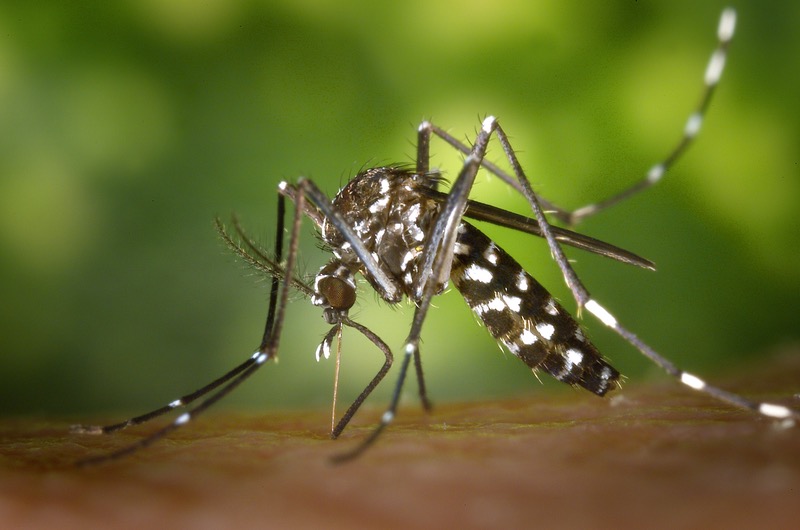 “If you want to have a barbecue in the evening, you end up slapping the back of your head with the spatula instead of flipping burgers,” says Carl Létourneau.

Létourneau is a resident of Limoges and is currently spearheading a group to deal with the town’s mosquito problem.
Along with Dave Mushing, he has brought together a 20-person committee to look into bringing a biological larvicide program to beat the pesky bugs before they grow.

But two years ago, they tried and failed to do the exact same thing.

In 2014, Létourneau began looking into ways to control the mosquito population in Limoges. He came across the larvicide program administered by GDG Environment. Before jumping in, though, he set out to check if residents would be interested.

A small group, “only three or four of us,” he says, surveyed door-to-door and online asking if the mosquito population was a problem, if people wanted something to be done about it and how much they’d be willing to pay. Of the 678 people surveyed, 93 per cent said they’re in favour of a biological treatment program, with 80 per cent being willing to pay for it.

“We wanted to use this to go to council and give a feeling for public opinion,” says Mushing.

GDG also went to Limoges to assess the viability of the program. It set out traps to determine the density of the mosquito population and to see how many species were in the area. According to Létourneau, it identified 21 different species. The Review contacted GDG for the 2014 information, but didn’t get a response.

The company also determined that a program focused on the village of Limoges was the most financially viable, given the greater population density, which brought down the cost per resident.

All in all, the program was suggested as a one-year pilot project that would cost about $240,000.

Then the program was in the municipality’s hands. Mushing says The Nation asked the citizens group to come up with a fee scale. With that, the municipality would send out forms inquiring if residents were in favour of the program.

“We’ll just say the process used to arrive at the fee scale and to put the question to the residents was an incorrect one,” he says.

Both Mushing and Létourneau say the delivery of the forms through Canada Post also caused a headache. Many people who weren’t in the protected zone determined by GDG got a ballot, while others who were in the zone didn’t receive anything.

The municipality squashed the project due to lack of support.

One of the problems with the proposed program in 2014 was with recuperating the fees associated with the program. Mushing and Létourneau say it was treated under the Local Improvement Act. The act is usually associated with infrastructure improvements, not special programs.

Kanata North introduced the biological larvicide program last year, citing section 326 of the Municipal Act, dedicated to special services. This allows municipalities to “designate the area of the municipality in which the residents and property owners receive or will receive an additional benefit from the special service that is not received or will not be received in other areas of the municipality,” which then allows the municipality to introduce a special levy to fund the service. In this case, a tax solely applied to the residents benefiting from the mosquito control program.

Létourneau says this was a point of contention when the project was first proposed: essentially why should Limoges get special treatment over the rest of the municipality.

“That’s why we had the idea of a pilot project,” says Létourneau. “It gave the municipality an out.”

On Monday, the municipality issued a statement saying it “had considered the matter closed,” after the first project didn’t “receive sufficient support.” It currently “will not be taking any further actions,” but is open to residents contacting it to with potential solutions.

The new committee will be meeting with GDG in the coming weeks to see whether it will do another assessment, if the map needs to be redrawn, and to determine the new cost.

Létourneau and Mushing are hoping the cost will be similar to the $240,000 from two years ago; both acknowledge it’s the biggest hurdle to getting the program off the ground.

But they also want to do more work to educate people about the program.

Once the committee meets with GDG, it will hold a public information session.

“We want to get everybody on the same level of knowledge,” says Mushing.

Afterwards, it will ask to meet with council.

This spring’s abnormally heavy rainfall has certainly led to more mosquitoes, and that’s why talks to resurrect the mosquito control program began three weeks ago.

“Our goal is to work with council,” says Létourneau. “Not necessarily have them do it for us. We’re ready to help.”