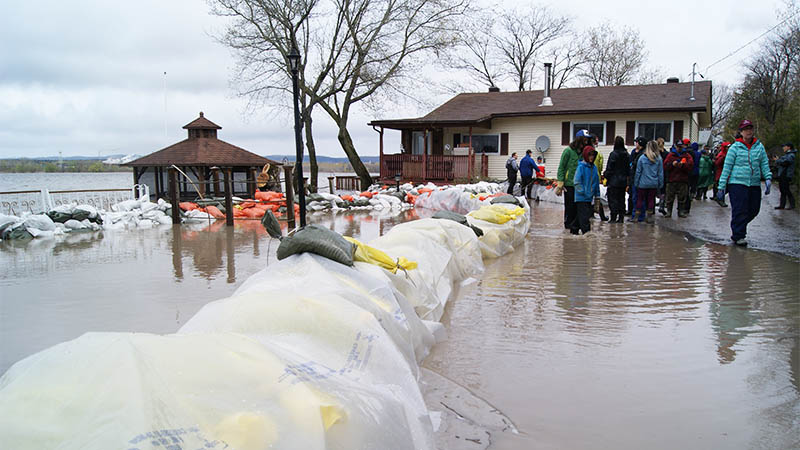 Hundreds of volunteers have stepped up to help with the relief efforts. Pictured: Wilson Street in Clarence. (Photo: Francis Tessier-Burns).

Despite the relative break in bad weather, officials expect the Ottawa river to keep rising.

“It’s incredible how fast (the water) has gone up,” he said. “It’s critical.”

Sandbags are already in very short supply. Clarence-Rockland already has about 120,000 bags out and ran out this morning. Desjardins said the city asked for more from the province, but was rejected, citing a lack of supplies.

However, Russell is sending about 10,000 bags this afternoon, with another 10,000 coming from Sudbury later this evening.

Most of the bags are filled at the TSC and then distributed across the city. Voisine Street near the highway and Wilson Street in Clarence are among the most affected areas.

About 180 homes have been affected by the flooding so far. Only 24 of them have evacuated; the rest have opted to stay in their homes.

The River Rock Inn has made 10 rooms available for evacuees, seven of those are occupied.

Helen Collier, CAO of Clarence-Rockland, said the city has distributed 48 bottles of water per person whose home used a well within the affected areas.

“Today we will be cycling back to those homes and supplying more water so they have a good three-day supply, until we will see what other requirements there are,” she added.

“Obviously, it’s important to understand these are not conditions that are normal for emergency services to respond to,” said Brian Wilson, the city’s fire chief. “If someone runs into a situation in a flooded area, it takes time for us to get to you. That’s why we’re strongly urging people to follow the evacuation order.”

A spokesperson for the OPP said it hasn’t received an increase in emergency calls so far. Although one concern has been motorboats going near the flooded areas and creating waves that could potentially collapse barriers.

“We’re presently engaging our marine operators to patrol the waterways and ensure the safety of motorists and the public because there’s a lot of debris floating in the river,” he added.

Finally, an ambulance has been posted near the TSC where volunteers are filling sandbags.

“There are people who have been devoting two or three days of their time, we’ve had people come from out of town and stay in the local hotel to fill sandbags,” said Collier. “They may be physically exhausted so this morning we located an ambulance on-site.”

Army and clean up

The city sent a release this morning addressing concerns about the military not coming to help. Desjardins said the city didn’t need the military.

“We’ve resolved all our problems so far,” he said.

He added that it’s the province’s responsibility to declare a disaster zone—something it hasn’t done for the city—and clarified it wasn’t necessary.

Following the flood, he said the province will send in a team to evaluate the damage. From there, he said the military could be an option to help clean up the 120,000-plus sandbags, among other things.

“For now, we don’t have all the details about what (the province) will provide,” he said.

But that could still be a couple weeks away.

“We can’t do anything until the water goes down,” said Desjardins. “We need to be patient.” 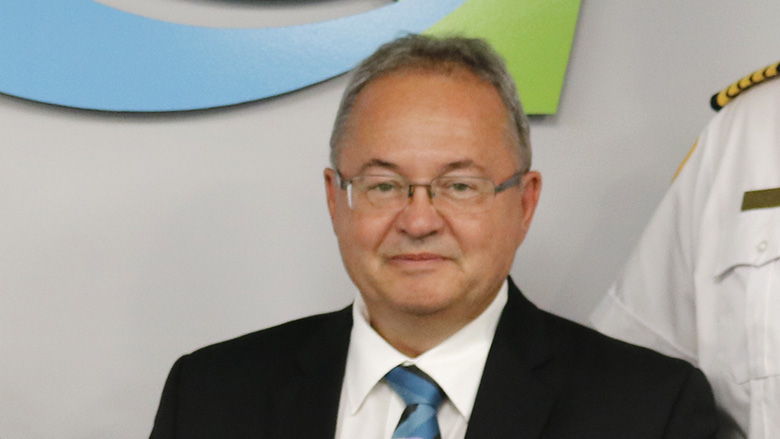 François St. Amour to take over as UCPR Warden

Last call: Images from Community Patchwork will be sold off in the spring of 2020 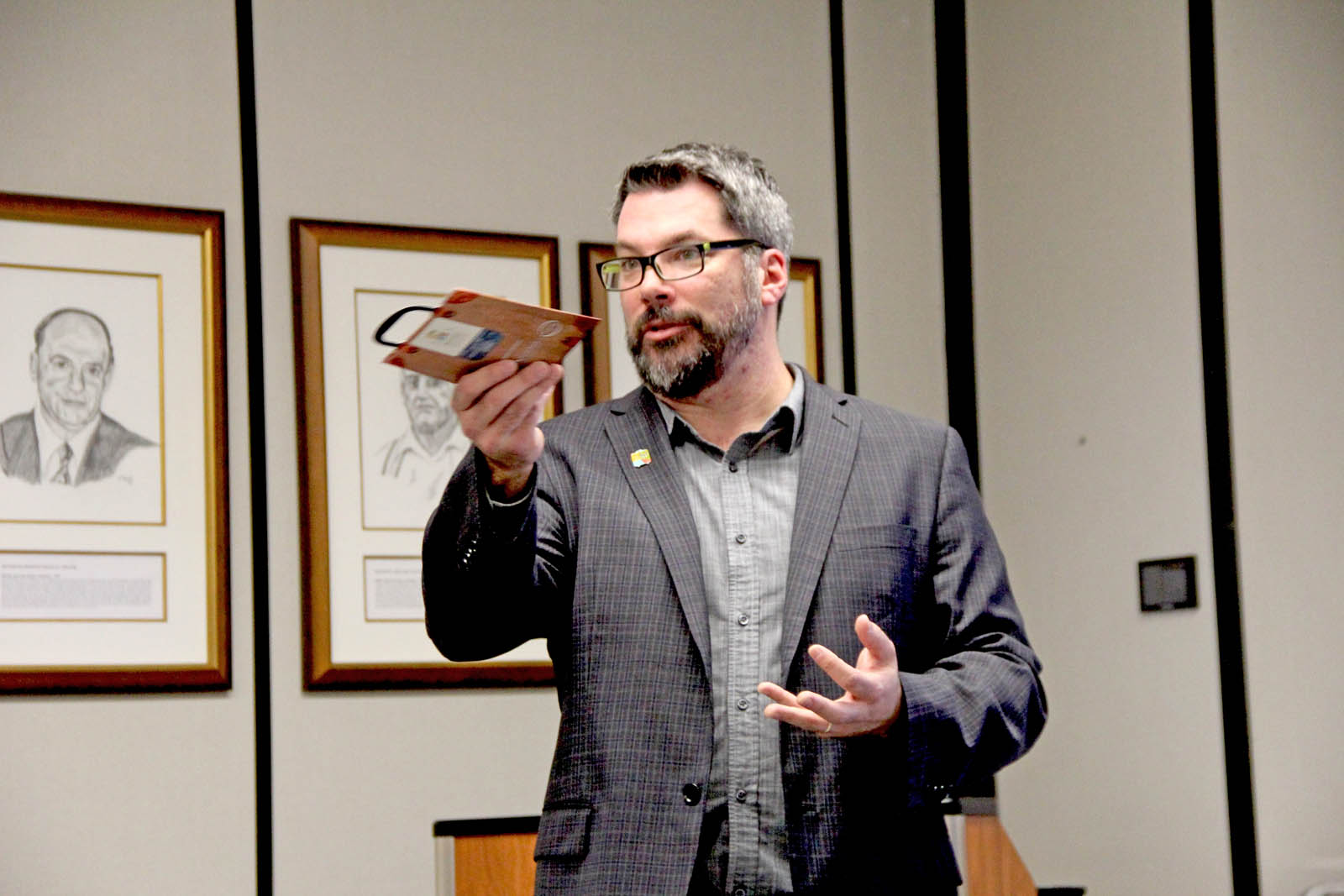