Kids may be getting a new sport in town 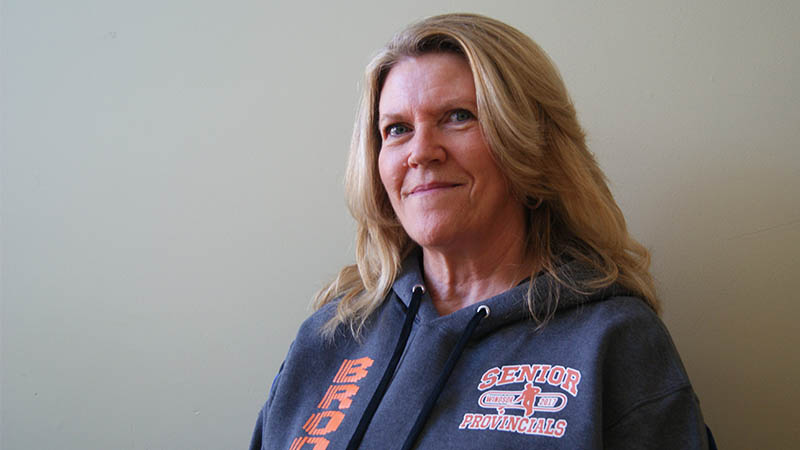 To help make that happen, MacDuff has applied to Broomball Canada’s BF2 program, or Broomball For Fun, which offers a broomball start up kit of brooms and balls.

While she says, she won’t know for sure if she’ll receive the kit, MacDuff is determined to bring the sport to local youth.

MacDuff has involved in the Champlain and Glengarry minor soccer leagues for years.

“I’m thrilled when I’m coaching soccer and I see youth develop from the beginning of the season to the end,” she says. “I want the same for broomball.”

She adds the skills kids develop go beyond sport.

“I’m very strong on girls developing in sport and very strong on children being able to try different sports to find what their actual niche is and skill development.”

The fact broomball is a bit underrated makes it a good candidate to start up.

Not too far away in Finch, broomball is a staple in the sports community.

“They have a very successful youth program,” says MacDuff, so she’s hoping to speak with organizers get tips on starting up something similar in the region.

MacDuff’s love for the sport started when she was 10 years old and played in school. It was also a family affair.

“My dad was one of the organizers for the men’s league,” she says. “Back in those days, I used to go with him and watch the games so I got hooked on it.”

MacDuff has been a full-time public health nurse with the Eastern Ontario Health Unit for nearly 30 years. She says she’d play broomball four to five times a week anywhere between Rigaud and St-Isidore.

In 2010, her team won the Challenge Cup at the Broomball World Championships in Austria.

“It was thrilling to wear your colours,” she says.

Since then she’s transitioned to have a spot behind the bench as well. Since 2014, she’s been the trainer for the Québec Huskies. The team has won gold the past six years at Broomball Canada’s Senior Women’s Championship. In November last year, they also won the World Championships in Regina.

While the competition and tournaments are great, the real benefits to the sport are off the ice.

One is health. “It helps add years to your life and life to your years,” says MacDuff. Another is the friendship. “You may have an enemy on the ice but when it’s over there’s a huge camaraderie and social aspect,” she says. “I still keep in touch with some people I met in Austria.”

When it comes to starting up the youth program, though, it’s all about getting down to basics.

“We want to start with kids learning the sport, having fun, and some will move to the next level with the hope of maintaining the longevity of the sport,” she says.

And according to MacDuff that learning never really stops. “I feel like I’m constantly learning something new to try… I’m not only passionate about the game, but I’m an eternal student of the game.”

As for long term goals?

“I’m hoping that one day we’ll have more players representing our area at the regional, provincial, national levels.”